The latest news in the world of video games at Attack of the Fanboy
December 27th, 2014 by Danny Vittore 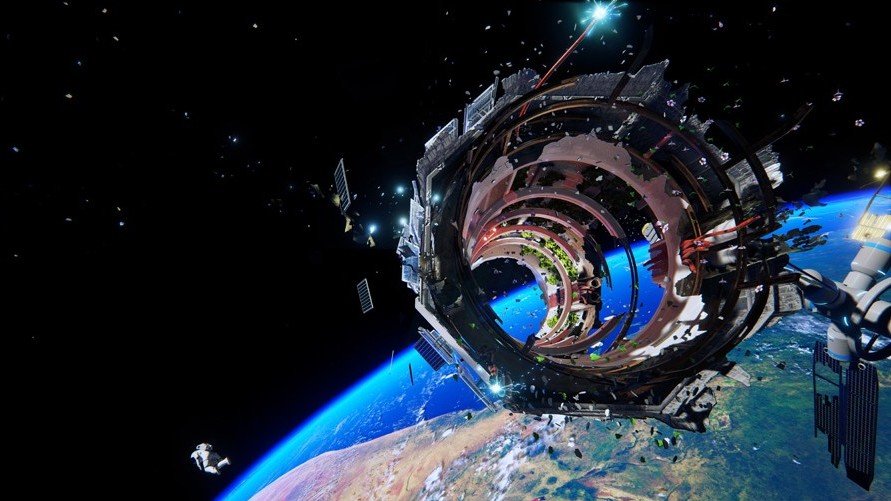 There was once a time in gaming where every time you mentioned the words “first person” people would automatically finish your sentence with shooter. Sure, you can still do that, but its being increasingly more difficult to describe all games in first person as an fps with games like Amnesia, Slender, Alien: Isolation and, now, ADR1FT.

This whole craze can find its roots back to the game Dear Esther, which originated as a free Source engine mod, where normal first person-ey things like shooting and interacting with the environment took a backseat to just being a part of the moment and the surroundings. This whole kind of minimalist gameplay genre began to be known as a first person experience, or FPX for short. ADR1FT is the embodiment of this kind of game, made possible by the improvements in video game graphics technology that allowed for prettier, more realistic looking environments.

When looking at ADR1FT, it is easy to see where influences being drawn from films like Gravity and Marooned. In fact, what little we know about the game is very similar to the events in Gravity. In ADR1FT you will be playing as an astronaut who is the sole survivor of a catastrophe that had just ripped through the space station you were in and, surprise, surprise, you have amnesia. You will collect resources, such as oxygen, to survive as you try to piece together what exactly happened, although realistically it can only be either asteroid, some explosion due to malfunction or sabotage or alien attack, and you will work to repair an escape vehicle to bring yourself home.

ADR1FT is set to release sometime in the summer of 2015 on Xbox One, Playstation 4 and PC with Oculus Rift capabilities.

Are you looking forward to playing ADR1FT? Let us know in the comments below!