The latest news in the world of video games at Attack of the Fanboy
October 17th, 2017 by Dylan Siegler 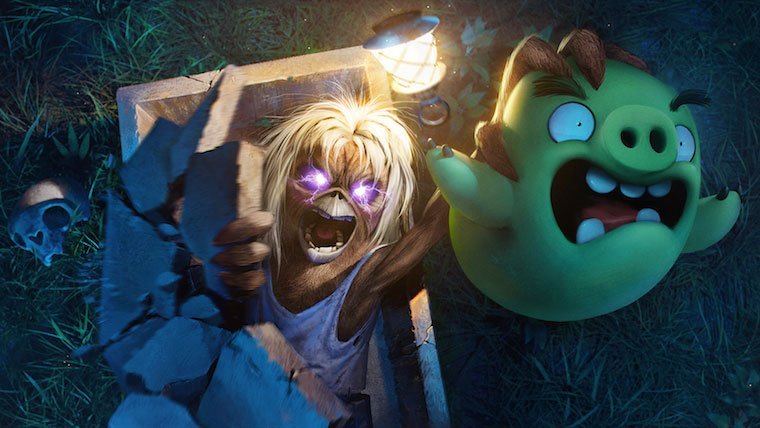 Yes, you read that correctly. Angry Birds Evolution, the offshoot of the popular mobile game Angry Birds, will be getting an update in time for Halloween, and the update will be based around the mascot of the heavy metal band Iron Maiden.

Fans of Iron Maiden are very familiar with the band’s mascot, Eddie the Head, who has appeared on the covers of nearly all of the band’s studio albums, though his appearance has changed from album to album. According to Kotaku, the Angry Birds Evolution Halloween update will introduce the character Eddie the Bird, who will be playable in four different incarnations, all of which represent different iterations of Eddie the Head from various Iron Maiden albums. The four Eddie the Bird character iterations will be based off of Eddie’s appearances from 1981’s Killers, 1984’s Powerslave, 1986’s Somewhere in Time and 2015’s The Book of Souls. Also, promotional art for the update shows Eddie the Bird grabbing a pig enemy in the style of the album cover for 1990’s No Prayer for the Dying.

Miika Tams, the product lead for Angry Birds Evolution, has stated, “Our team is filled with massive Iron Maiden fans and Eddie was both our first choice & a natural fit in Angry Birds Evolution. It’s about time his status as a true rock icon was celebrated and we know that fans will love seeing Eddie the Bird raise hell on Bird Island!” Eddie the Bird will become available in the game starting on October 18.