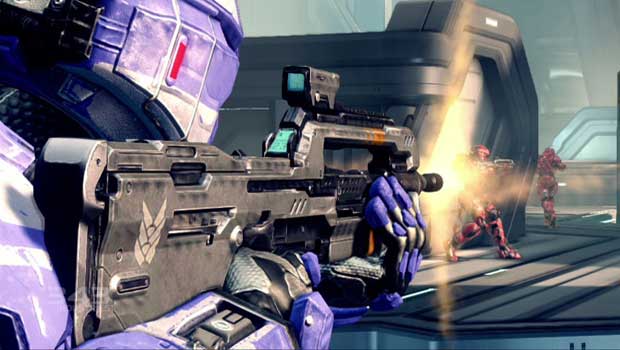 Halo 4 is the most anticipated game for Xbox 360 in 2012 according to the most current data from the Nielsen Ratings Agency. Post-E3, Neilsen has compiled data for games that consumers are showing the most interest in by using “several key consumer metrics” that includes awareness and purchase interest.

Halo 4 had a good showing at E3, giving press a closer look at the multiplayer elements, and proving that the franchise was in good hands with 343 Industries. Prior to the rise of Call of Duty, the Halo franchise dominated the Xbox Live charts, and it appears that Xbox 360 gamers are more interested in Halo 4 than the upcoming sequel Call of Duty: Black Ops II.

Nielsen compiles lists for all platforms, and since their last release back in April, Halo 4 hasn’t budged from the top spot for Xbox 360 users. On the PlayStation 3 side of things though, Black Ops II overtook Assassin’s Creed III as the most anticipated game on that platform. Probably because Black Ops II hadn’t been announced at that time. Just Dance 4 is the most anticipated title for the Wii.

Sequels still seem to be the most anticipated titles by gamers, despite some analysts thinking that they are causing stagnation in sales numbers. A quick look down the list for any platform and you’ll be hard pressed to find any new IPs.