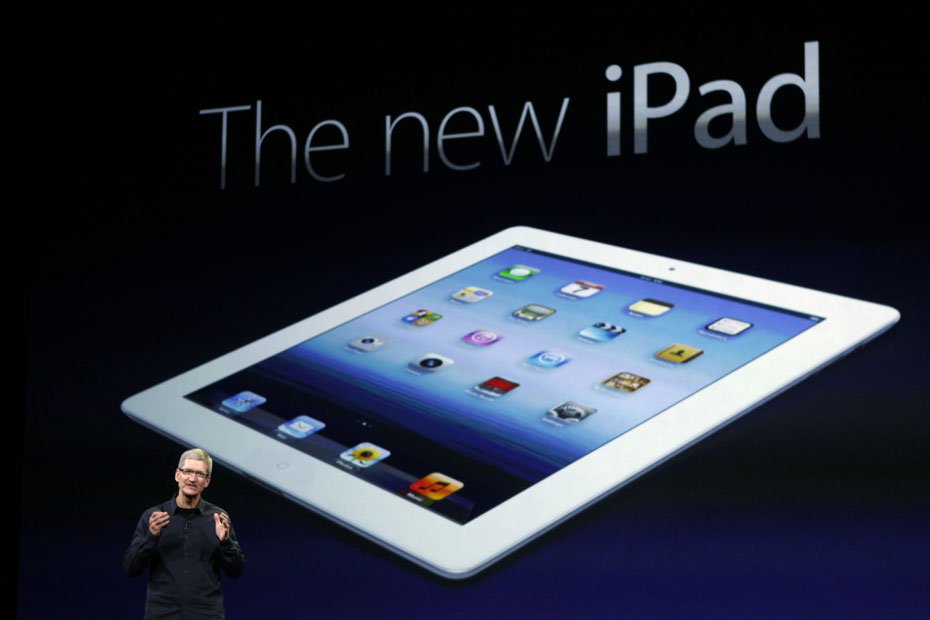 Apple has recently revealed the “new” iPad at a press conference in San Francisco, firmly showing that the company which has come to define a generation of technological innovation has no intentions of slowing down despite the untimely passing of founder and creative head, Steve Jobs.

Available in both black and white, the Third Generation iPad will feature a monstrous 2048 x 1536 pixel Retina display with a screen that will boast 264 pixels per inch. For a tablet, or any mobile device for that matter, that number is simply incredible. Apple stated that the tablet will carry 44 percent more saturation than the IPS technology which current generation iPads are using.

The updated iPad will feature an A5X processor which includes a quad-core graphics module. Apple has reportedly said that it will be twice as fast as the Tegra 3 processor and will have “four times” the graphical capabilities. Epic Games President Mike Capps came on stage and announced that Epic would be developing Infinity Blade: Dungeons, continuing the successful Infinity Blade franchise. The games require the player to utilize the touchscreen controls of the iPad or iPhone and pits them against enemies where they must dodge and slash their way to victory against the “God King.” Infinity Blade was in fact the first iOS game to run on the Unreal Engine 3, so those of you interested in the new iPad should be stoked to see what the new installment will look with those gorgeous, unprecedented visuals that the tablet is capable of producing. Capps even went on to say that the new iPad will have more memory and a higher resolution than both the Xbox 360 and PlayStation 3.

Namco Bandai, the publisher responsible for games like the Ace Combat franchise as well as Demon’s Souls and Dark Souls, were also present to demo a flight simulator called Sky Gamblers. The few screenshots of the game that are currently available from the press conference look damn pretty.

On the back of the tablet, you’ll be happy to find a 5-megapixel camera with a similar configuration to the iPhone 4S. It’ll have a side-iluminated sensor, a 5-element lens, and an infrared filter. Also similar to 4S owners, the new iPad will feature a microphone button which most presume will have the dictation technology available with the Siri software. Don’t worry, you’ll still be able to humorously profess your love for Siri to which she will most likely respond, “I am incapable of love.” The new iPad will also have 1080p video recording capability with the help of the rear camera.

Think you’ll have to salivate over the thought of that 2048 x 1536 for months until launch? Think again. Pre-ordering for the Third Generation iPad begins today, and it releases worldwide on March 16. Yeah, that’s next Friday. Time to start exploring the possibility of donating bodily fluids for cash…again.

Pricing for the new iPad is as follows: