Are the VGAs Really Necessary?

Does Spike's show do the gaming industry justice? 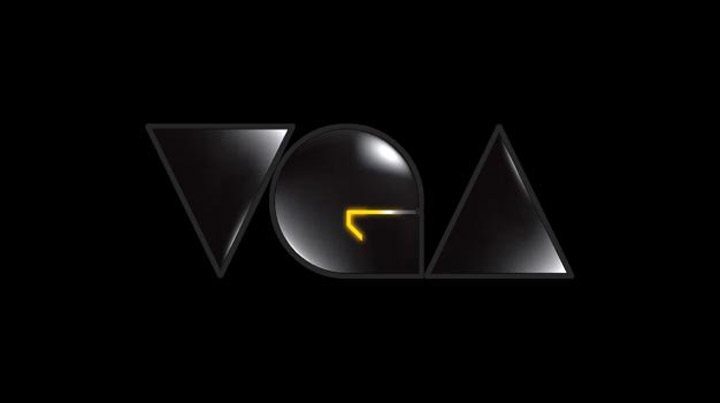 This year’s Spike Video Game Awards (VGAs) had a large number of great titles to choose from and many of them were given their deserved praise. Although, between the down right hokey presentation, unusual nominations, and utter redundancy of some of the categories leads to question whether or not the VGAs are worth even having. Let’s take a look at this year’s and past years’ ceremonies.

Between the ultra-repetitive, corny game references by the show’s host, Zachary Levi and the even cornier backstage antics of Felicia Day, it makes you wonder if Spike even knows who their audience is. The average gamer is in their late twenties to mid thirties and Spike believes that cupcake eating contests, appearances by one of the Jonas Brothers, and urine jokes are a winner. It really puts the VGAs on the same level as the Nickelodeon Kids’ Choice Awards. The VGAs don’t have to be over the top and glamorous like the Oscars to be anywhere near respectful, I mean it’s a show that honors games that give you points for disemboweling your opponent, it would be equally as strange if it were completely serious. Treating the audience like their competent adults would be a nice plus though.

Considering the fact that the show almost never manages to stay within its time limit, it should be obvious that the immature antics are preventing other categories such as Best Performance by a Human Male/Female from even getting airtime. As Mark Hamill and Tara Strong have expressed, it seems to be somewhat rude to invite nominees to a ceremony and not even let them find out if they had won until AFTER the show. If Spike wants a respectable award show, either give it a bigger time slot or just stream it on the web (seeing as that’s where a large chunk of the audience is going to watch it anyways) where there is no worry of preempting another episode of 1,000 Ways to Die or Manswers.

It’s difficult to argue this section efficiently since everyone has their own opinions about what games should have been nominated or which should have won, but there are some areas that common sense would dictate that “this doesn’t make sense.”

This year’s winner was Batman: Arkham City, I haven’t gotten to play it yet, but from what I’ve heard, it’s an amazing game. That’s not the problem here, what’s strange is that this game was multiplatform. In fact two out of five of the nominations for this category were multiplatform and one of them, Portal 2, was nominated and won for best PC game. While the PC category may be difficult to choose for these days since PC exclusives aren’t as plentiful as they used to be (and it’s understandable to nominate the PC version of a multiplatform game since there are many games that are more focused on their PC components), shouldn’t the best Xbox/PS3 nominations be games that were exclusive to that platform? It just seems to make more sense (and is more fair) that way.

Portal 2 won this year and while it does have an outstanding cooperative experience and co-op is technically a multiplayer, why are we lumping competitive and cooperative multiplayer games into the same category? Both are played and developed in completely different ways, therefore nearly impossible to compare…since they are completely different. Why not make two separate categories for multiplayer? Most gaming publications, such as this site, already have that little feature, yet the year’s only televised video game award ceremony looks over this?

I admit to having a little bias in this area, Call of Duty was this year’s winner and while I have nothing against the game itself per se (more so Activision and the fact that they only give the devs less than two years to develop a game so they have no time to introduce anything substantially fresh), the game hasn’t really changed much since 2007 and yet it has won in this category since the same year (except 2008). Now, that is a HIGHLY arguable statement, I admit, and it’s really more about personal preference. However, I believe we can all agree that the game’s multiplayer component is its most highly reviewed aspect with average scores for its short campaign that pretty much holds the player’s hand the hold time (at least in recent years). Yet, it hasn’t won best multiplayer in…well, it’s actually never won best multiplayer. Perhaps the panel that nominates the games and selects the winners feels one game can’t win in both categories (which is fairly understandable, then again Bastion won best score AND original song), but shouldn’t a game win because ALL of its game modes deliver the best possible experience, not just one area? Then again, there weren’t many games this year that did equally well in all of their respective game modes (i.e. Battlefield 3 has an outstanding multiplayer experience but a single player that’s way too short and under developed. Dead Space 2 had a great single player, but its multiplayer wasn’t necessarily the best). Again, this is very arguable, but it would be nice to know just how does the panel judges these games?

Of all the strange inconsistencies in the nomination process of the VGAs, this makes the least amount of sense. This year was probably the year of game changing graphics. Crysis 2, Battlefield 3, and Rage all marketed for their newly developed engines for high performance, ultra-realistic visuals yet this year’s nominees were Rage, Uncharted 3, Batman: Arkham City, and L.A. Noire. All of them are good looking games, but L.A. Noire‘s only technical selling point was its new facial animation technology. It’s a good looking game, but hardly compares to the photo-realism of Battlefield 3 or Crysis 2. Then again, the VGAs also snubbed Crysis in 2007 for best graphics in favor of Bioshock. Doesn’t make much sense, does it?

Spike and its panel of twenty five editors and vice presidents of various publications including Geoff Keighley, who I believe may be somewhat out of touch ever since he and Michael Pachter agreed that the PS3 is faster and can offer more than a PC (about 3 minutes from the end of this episode), seem to include so much redundancy in their awards’ ceremony that they may want to reevaluate how the VGAs are organized. In reality, it seems that the only real reason anyone even watches the show is because of the game reveals and exclusive debut trailers. The VGAs have been around for eight years and the categories and presentation have been very lackluster and quite incompetent. For instance, bringing a Youtube user ,who tends to rant angrily about various topics including the VGAs, to the show and thinking he wouldn’t try to bring his argument to live television shows they clearly don’t think things through. Whether it was an intentional stunt or a lack of thought, it wasn’t a very worthwhile gesture to the fans who felt the VGAs weren’t organized very well. From confusing nominations to unusual presentations, Spike’s VGAs are about as well thought out as the plot to a Michael Bay film (*zing!*). Seriously though, if there’s going to be a legitimate awards show for video games, can it at least be organized with some level of competence?