Are You Ready For Some Huttball? SWTOR 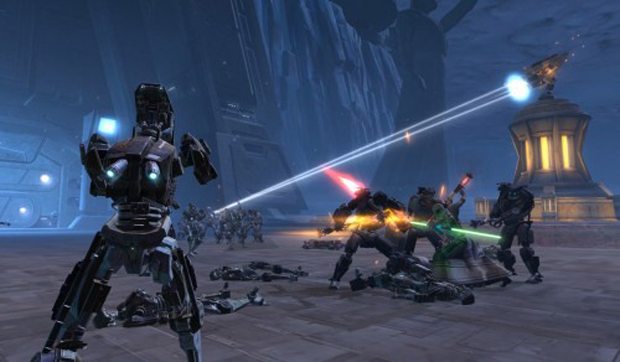 BioWare has revealed Huttball for SWTOR at this year’s Gamescom.  This strange new twist on PvP pits factions against each other in a violent sport run by the Hutt cartel.  As you can see in the video below, players are split into teams chosen at random, and are then tasked with doing battle in an arena full of traps. It’s got that Smash TV/Running Man style element to it where the crowd and announcer bring to life the carnage on screen.

Its definitely a new twist on PvP MMO gameplay, but it looks like a ton of fun.  Have a look at the video below to get prepared for the inagural season of this deadly sport.  Star Wars: The Old Republic is due out later this year, with a beta incoming.

Home / Game News / Are You Ready For Some Huttball? SWTOR