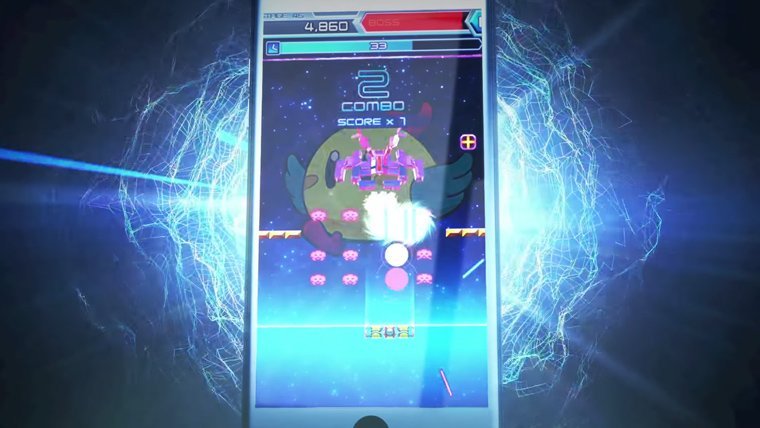 Square Enix and Taito have mashed together two of the most iconic videogame properties. Arkanoid vs Space Invaders is a mobile game that mixes the gameplay of both titles to present a very satisfying experience. The game has been released this week for iOS and Android devices, at a price of $3.99 in the United States.

The gameplay of Arkanoid vs Space Invaders is essentially a merge of both games: players have to reflect the bullets shot by the invaders and use them to destroy the blocks and defeat the enemies. But the game goes beyond that, introducing new mechanics such as collecting energy to launch bigger attacks or triggering the “Attack Mode.”

There are 150 different stages to complete, including boss fights with giant 3D enemies. The game also includes 40 unlockable characters from Taito properties and a Hard Mode for those players who want an extra. And since the game needs to be purchased to be downloaded, it comes completely free of in-app purchases, putting all the content available for the players.

The reception from mobile users has been very positive, with a 4.7 out of 5 grade on Google Play Store. Download Arkanoid vs Space Invaders now on iOS and Android, and watch the trailer below.