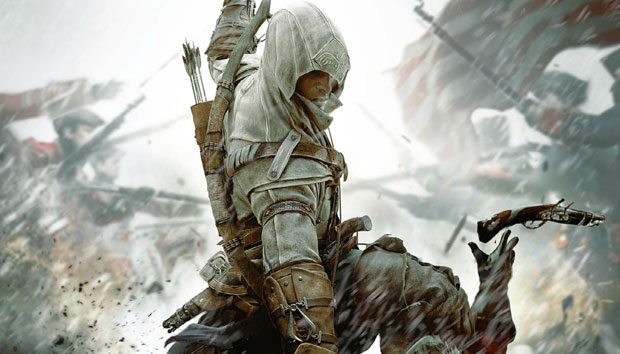 Details are slim surrounding the new protagonist, but from the early indications, this gentleman will be a master of tomahawks, arrows, and other weapons of the era that point to the character being of Native American decent.

The game is already set for an October 30th release, and Ubisoft has promised that there are plenty of new details on the way about Assassin’s Creed III.  Look for additional information about the game come Monday.  Until then here’s the box art for the game.