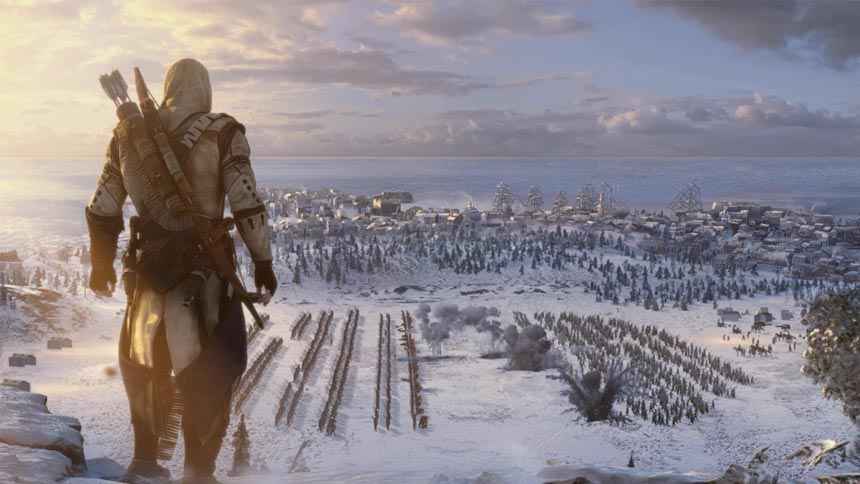 Before agreeing upon the totally badass setting and concept of colonial America for Assassin’s Creed 3, creative lead Alex Hutchinson and writer Corey May revealed in an interview with OXM that they entertained ideas from the community. The process didn’t last long, because according to Hutchinson, the Internet is chock-full of crappy ideas.

“People on the internet suggest the most boring settings. The three most wanted are WWII, feudal Japan and Egypt. They’re kind of the three worst settings for an AC game.”

Joystiq was able to catch up with Hutchinson today at PAX East in Boston. They asked him about his comments and why it is that he thinks such settings would never work.

“When you get right down to it – when we’re doing the actual nitty gritty of spending the time on it, spending a couple years making something – we wanna go to a setting that other games haven’t gone to. We’re trying to find places that will surprise people.”

It’s quite understandable that the Assassin’s Creed franchise will never participate in liberating France from Nazi occupation. Sure, it would have been awesome to try and insert the hidden blade in the back of Hitler’s head, but the WWII genre is quite possibly the most oversaturated in all of gaming. It’s interesting that gamers still yearn to go back to 1945 and says quite a bit about the longevity and cultural impact of that era. In my mind, fedual Japan could have been a very intriguing setting given the mythology of swordplay and code of honor within the Samurai tradition. Egypt? Your guess is as good as mine in regards to what direction they could have taken that setting in.

What possibilities remain intact for the franchise? May stated that he very much wants to make a game that would take place in India. Hutchinson agreed, saying “I would too. I’d really love to do the Raj.”

Knew it. Ghandi was never a pacifist at all. He was actually an aggressive warmonger who used the Assassin’s Brotherhood to violently dismantle British rule in India. Come on Ubisoft, make that s**t happen.