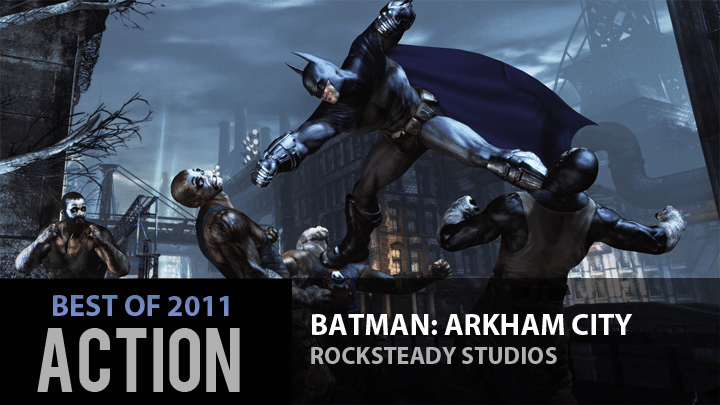 Our choice for action game of the year aligned perfectly with our readers.  Rocksteady’s stunning sequel, Batman: Arkham City, was the runaway winner for 2011 in our eyes.  The sequel expanded and improved in almost every way imaginable, and in many gamer’s eyes, was the best overall game in 2011.  The unbeliveably tight combat and controls kept the action flowing as Batman was given a sprawling playground to dish out justice.  Looking equally good on the PlayStation 3 and Xbox 360, Batman: Arkham City was also one of the best looking games of 2011.  Rocksteady definitely raised the bar yet again, making it even harder for other developers working on superhero games to meet expectations that should definitely be the standard for properties as popular as Batman.

As for our readers,  our nominations for the 2011 Reader’s Choice Best Action Game were:  Uncharted 3: Drake’s Deception, Assassin’s Creed: Revelations, Dead Space 2, Saint’s Row: The Third, L.A. Noire, and Batman: Arkham City.  Thanks to all of our readers who took the time to vote for your favorite games.  Batman: Arkham City won out in a tight race with Uncharted 3: Drake’s Deception, edging out Naughty Dog’s masterpeice by a mere seven votes.  Assassin’s Creed: Revelations wasn’t far behind either, as you could expect from a fall gaming lineup that was jam packed with great games. 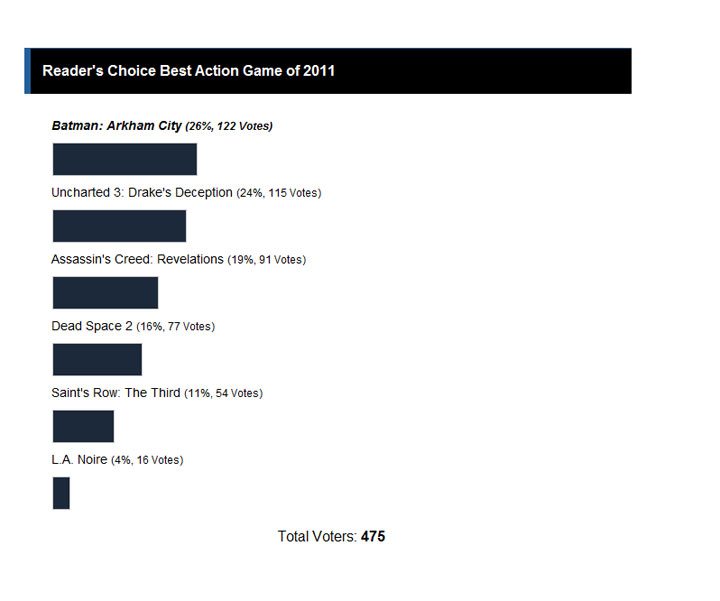