Battlefield 3 gets crazy with dirtbike jumps in End Game 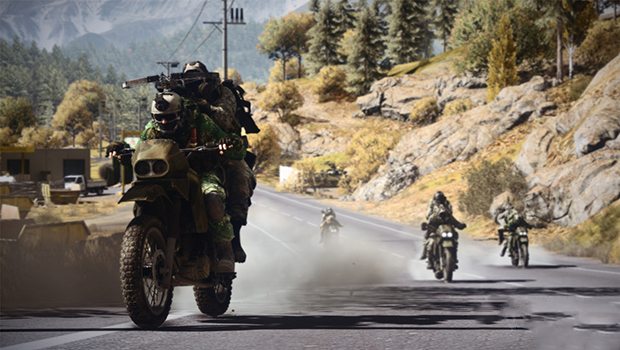 DICE is getting ready to launch the final expansion for Battlefield 3 with End Game. The expansion is due out in March, and will see its fair share of dirtbike action as the following set of screenshots and video showcase.

The developers apparently put a lot of thought into the placement for bike ramps in the End Game maps. In a recent developer blog, DICE’s Malon von Matern explains his take on the four different End Game levels.

“When the jumps started to take form on the four different End Game levels I wanted to make sure that they didn’t just feel randomly placed – but rather something that lived naturally within the maps and their gameplay. I wanted every single one of the jumps to feel authentic, fun and just a little bit crazy.”

DICE recently went over the End Game content in full on the Battlefield Blog, but you can catch a sneak peek at the crazy dirtbike action below.