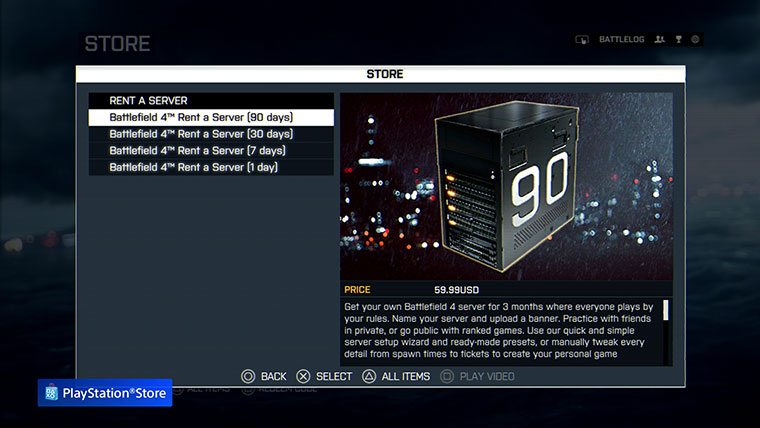 DICE has deployed rental servers for Battlefield 4, similar to those found in Battlefield 3. The rent-a-server feature allows purchasers to set-up private and public servers, with a number of different customizable options like map rotation and player count.

The Rent-a-server features seem to have hit a snag on the Xbox One, however. According to a post on the Battlefield Blog, “We have identified rental time issues with the Rent-a-Server program release on Xbox One and have temporarily removed the feature as we investigate.”

DICE says those that already purchased a server on the Xbox One will still have access to it, but it might not have access to all features until the problem is fixed.

Alongside the deployment of these rental servers, DICE has also issued a fix for the “Death Shield” Glitch.