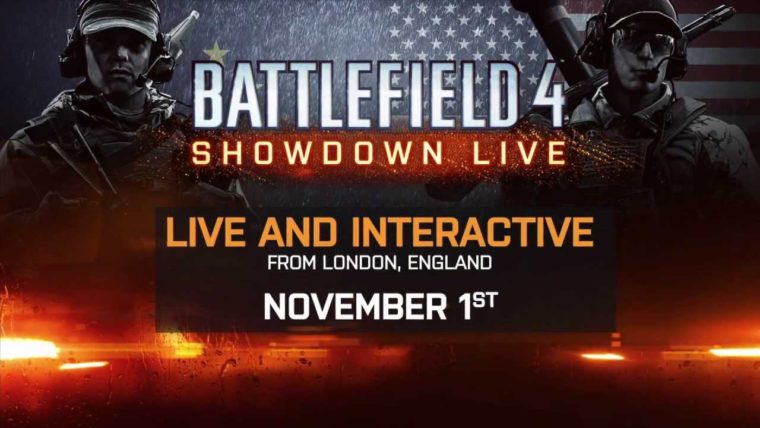 SPOILER WARNING! If you have not yet seen the Showdown, the full live event is available HERE.

On November 1st, the Battlefield 4: Showdown Live aired on the Xbox 360 dashboard to a global audience. EA and Microsoft joined forces to demonstrate the relationship that Battlefield 4 would have with the Xbox One upon its release on the 19th November in North America and the 22nd in Europe. 32 players from Europe faced off against an equivalent USA force across three rounds that exhibited both new game modes, console features and maps from the upcoming Second Assault DLC.

Hosted by Jessica Chobot and Andy Akinwolere, the tournament opened with respective leaders AceyBongos and Major Nelson leading their teams in a 64-player Conquest match on the fan-favourite Second Assault map Caspian Border. Viewers were given a look at the re-imagining of this classic arena, including the Levolution events and the large scale combat. From the table-top map view, it was evident how much of an impact the Commanders had over the tide of battle, with Europe taking an early lead thanks to some cunning strategy from Commander AceyBongos (namely a few well-placed missiles).

USA began to get back into the game, flanking the Europeans and dominating in the air

Shortly following this was the ‘Thirty Second Frenzy’ in which viewers interactively opted for a ‘Knives Only’ rule from their Xbox consoles. A brawl broke out in the center of the map, with kills and counter-kills occurring in abundance. This was swiftly followed by the iconic Caspian Border tower crumbling to the floor, changing the dynamic of the map and match. USA began to get back into the game, flanking the Europeans and dominating in the air to hold the majority of capture points which eventually led to a comfortable win by 182 tickets.

A round down, Team Europe needed a win to keep their DICE asset, core gameplay designer Alan Kertz. This time, the new Obliteration mode was demonstrated in conjunction with the Golmud Railway map. The teams fought hard over the neutral bomb, having only 16 players this time around and with the intensity increasing constantly. It took until the 15th minute mark for a breakthrough to come the way of Team USA. They finally managed to get enough support to detonate a crate and take the lead. This knocked the wind out of Team Europe who soon lost another crate, leaving USA to run down the clock and remove Mr Kertz from proceedings. 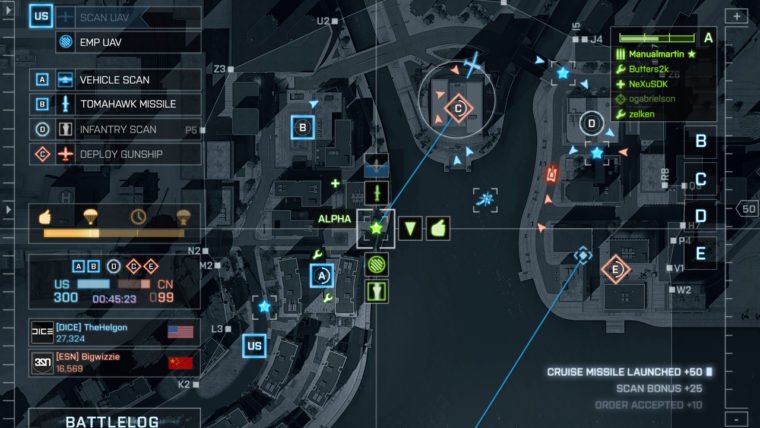 The previous game had Team USA at a big advantage going into the final round, though the viewer’s once again had influence over the course of the game by dictating the choice of final map. Flood Zone was the preferred option as the game began for the final time, once again on Conquest. Team Europe came out of the gate quickly as they did in the first round, establishing a 100 ticket lead in the first few minutes. Again, though, their concentration seemed to drop as Team USA clawed their way back, at times controlling every area on the map. It looked like USA would have another comfortable victory, though Europe soon found themselves in control of key capture points, isolating squads and forcing Team USA back on the offensive. Despite the comeback, it wasn’t enough and Team USA managed to hold out as the time ticked away, winning by 90 tickets and going home with the bragging rights.

Going from Twitter and forum feedback, the show has apparently won over much approval for the Xbox One for those on the fence. Plenty of new trailers and reveals were on offer, showcasing maps such as Operation Metro and new multiplayer elements. Core mechanics of gameplay such as Commander mode and general combat look functional and more importantly, influential. Many of the players revealed themselves as PC gamers, yet were impressed with the capabilities of the Xbox One and the intensity of the Showdown. None more than KFR_KriiS, who went home with the MVP award, a small consolation for Team Europe.

Did the Battlefield 4: Showdown Live entice you towards the Xbox One, or maybe there is more to the equation than maps and modes? Leave a comment below with your thoughts!