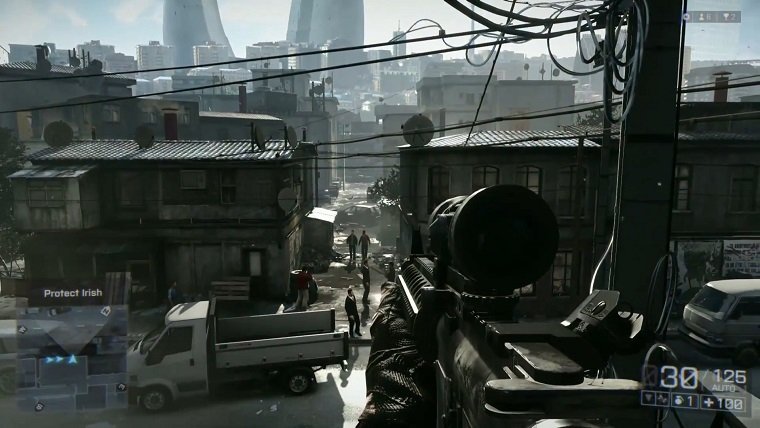 While the most attractive feature of Battlefield 4 is undoubtedly the ass-kicking multiplayer, DICE General Manager Karl-Mangus Troedsson told PlayStation magazine that they “want to give the player a choice. Do they want to go for the sneaky approach with a sniper rifle and a silenced pistol, or do they want to take a jeep and have the entire squad shoot at everything they see?”

The game’s single-player has been the primary focus of every Battlefield 4 showing thus far. It seems to be an attempt by DICE at rejuvenating the FPS campaign, perhaps hoping to accomplish what the BF3 story failed to do. Troedsson notes that “there are signature multiplayer elements that we want to bring into single-player,” clearing the tropes associated with many first person shooters. Whether DICE can succeed remains to be seen.