Battlefield Hardline Will Be A Different Kind Of Shooter 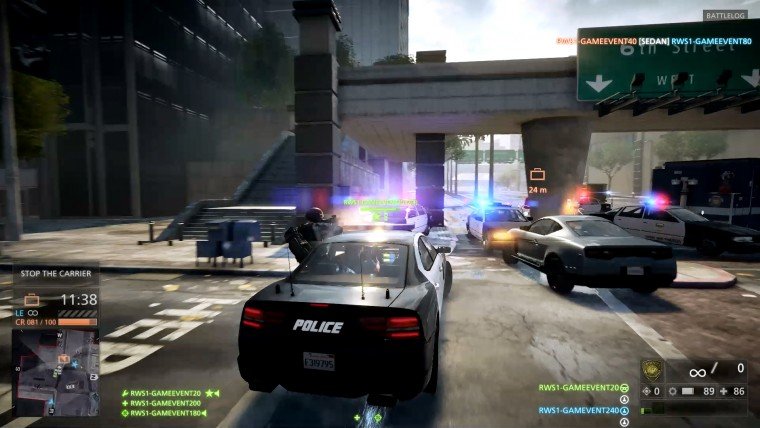 Most FPS single player campaigns have been uneventful and cliche. Visceral Games is aiming for Battlefield Hardline to be completely different.

A post about Battlefield Hardline was detailed on the official Battlefield blog recently. Creative director Ian Milham explained more about the approach Visceral Games wants to achieve with the single player campaign. He said the theme of “cops and criminals” gave them the opportunity to explore something different. Most FPS games have been military based including all of the previous Battlefield games. Unlike with most games that feature “gravel-voiced super soldiers”, cops and criminals offered a fresh new perspective that other games rarely provide.

One of the biggest inspirations for Battlefield Hardline have been hit TV shows. The game won’t have cutscenes of a generic “evil general” explaining how powerful his weapons are. This game will feel more like a crime drama which will make the narrative more compelling and less predictable.

It’s interesting to note that he says Battlefield Hardline will let players see what happens from “both sides”. Not all cops are noble and sometimes thieves have a real cause on why they are stealing in the first place. This emphasizes the game will offer you choices in how you will tackle missions. Will you be a good cop or bad cop?

Battlefield Hardline comes out from October 21st for the PC, PS4, Xbox One, PS3 and Xbox 360.