Bethesda hanging on to Elder Scrolls development for now 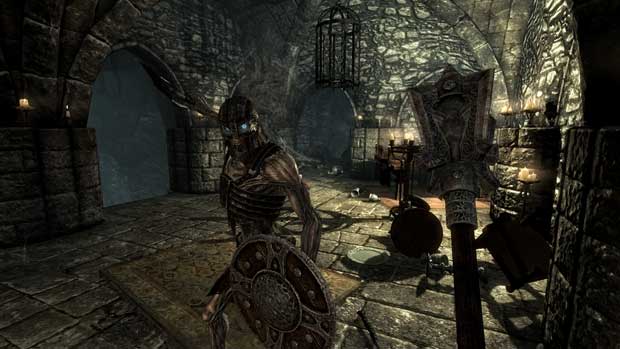 The Elder Scrolls V: Skyrim is just a few short months away from release.  Bethesda’s team, hard at work on the title, recently took time out for another interview about the franchise.  Todd Howard fielded some unique questions in the interview, one which pertained to the possibility of The Elder Scrolls franchise pulling a Fallout, and getting externally developed.  Howard said that the team is taking it as it comes and that the Fallout: New Vegas situation was a unique one because of Obsidian’s experience with the franchise.

Can you ever see an Elder Scrolls game being developed externally like with Fallout: New Vegas?

I don’t know, we kind of take it bit by bit. I mean New Vegas was unique: as a publisher, we wanted to do something with Obsidian; we knew we were moving on Elder Scrolls; they had a team available. They gave us the pitch and we were like, ‘That would be a really fun game’. But they had experience with the IP, and with Elder Scrolls we don’t have that. I wouldn’t rule that out, but generally with everything we want to keep it internal.

Right now as a fan of both the Elder Scrolls and Fallout franchises, it’s hard to root for Obsidian developing an Elder Scrolls game after how Fallout: New Vegas turned out.  The kinks are still being ironed out as we speak, though it has definitely gotten better with time, but it was nowhere near as good as Fallout 3.  I’m not saying that Todd Howard’s team is better than the guys and gals at Obsidian, but I am saying…. ok I am saying that.  Would I have loved for Alpha Protocol to be outstanding?  Yes, why yes I would.  Would I have loved even more to be able to play Fallout: New Vegas on my Xbox 360 without the game freezing every 10 minutes?  Again, yes and I don’t think that’s too much to ask.