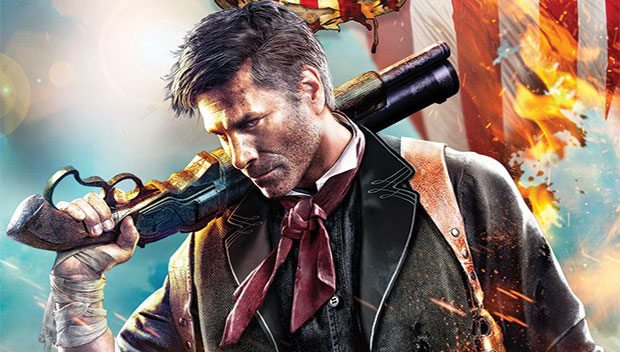 The third installment of the Bioshock franchise will arrive in early 2013, with Bioshock Infinite.   A franchise that very well may go down as the best new property of this generation, seems to be taking some inspiration from other popular games when it comes to the game’s cover art.

Released earlier this week, fans are tossing allegations of all kinds at Irrational Games, as to why the cover of this game is advertising this as a generic shooter, when it’s likely to be anything but. 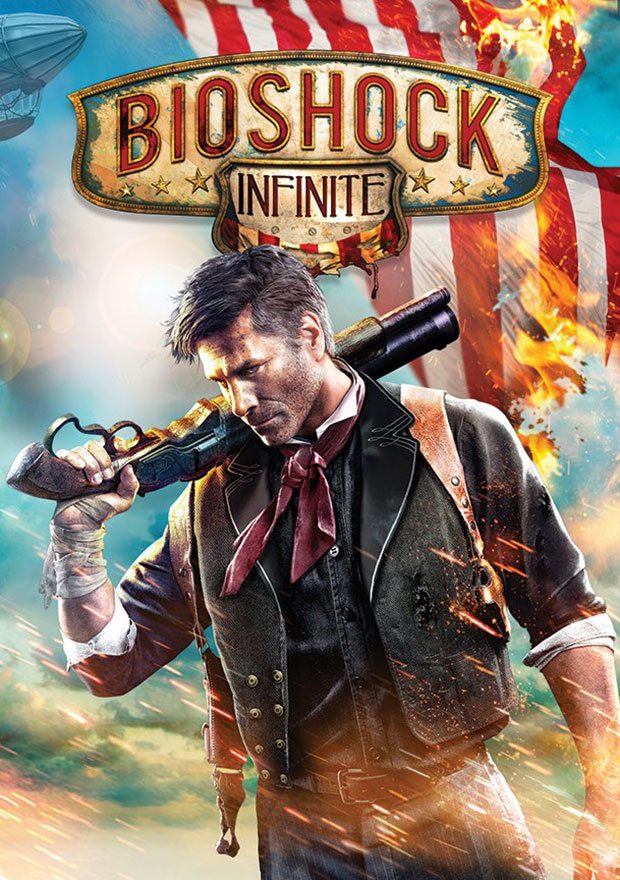 Since Irrational Games has been pretty quiet about Bioshock Infinite after delaying the game earlier this year, we have to go on the developer’s track record and assume that there’s going to be a lot more to this game than just shooting stuff.  We’ve already been introduced to the Song Bird, Elizabeth, and the wild world of Columbia, but it’s been revealed to us in a much more artistic manner than in this box art.  Perhaps this was a marketing move to appeal to a more mainstream audience, as you can see some clear similarities to this cover and those found on popular military shooters, like Battlefield and Call of Duty.

It would probably be nearly impossible to convey the nuances that will likely make Bioshock Infinite a game of the year contender in 2013 in the box art for the game.  Perhaps Irrational and Take Two are hoping to lure consumers in to purchase the game because they like shooting things, and that’s not a bad approach, especially if it reaches more gamers that would otherwise not be picking up this title.

Is it a huge deal? Not really.  Irrational Games has already confirmed that multiplayer wouldn’t even be featured in Bioshock Infinite, so it’s safe to assume that this game will not be anything close to a “me too” title.  However, with all the art that fans have been privy to in tracking the development of Bioshock Infinite, we’ve seen better.  After all, this will likely be one box that is front and center on the entertainment system once the game releases this spring.