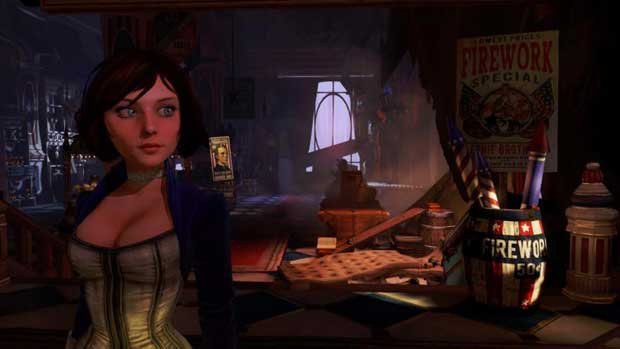 Bioshock Infinite has been one of the most talked about and anticipated games since Ken Levine & co.  revealed Bioshock: Infinite to the world proper.  Irrational Games has big shoes to fill in the task of following up on their 2007 underwater shooter: Bioshock.  What they’ve shown us thus far has looked nothing short of amazing, and like all critical gamers we are left wondering what platform this game will be best played on.

In a recent interview, lead artist for the game Shawn Robertson told Aus Gamers that there really is “no better platform” when it comes to Bioshock Infinite.  Robertson called on the development process for the original Bioshock when citing the team’s philosophy on developing for multiple platforms.  “If you look at what we did with Bioshock One when we released on Xbox and PC, we had different designers working on different elements for PC versus Xbox – treating it like working to the strengths of each console.  So we’re going to be releasing on PS3, Xbox and PC in 2012, so we’ll have different people thinking about the different strengths or weakness of each console.”

It’s fairly commonplace for developers to say this at this stage of the development process, hopefully it pans out the way it’s described by Robertson.  Console lifespan has been stretched and top-end PC’s are getting more capable every day.  With another year to go, it’s hard to phathom a PC game and a console game running at their highest capabilities and having them be anywhere near parity.