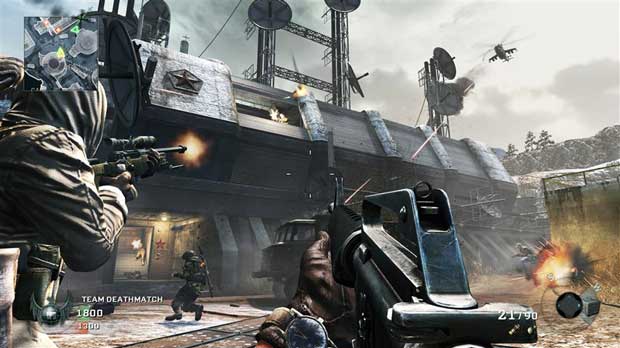 The third map pack for Call of Duty: Black Ops has gone live on the PlayStation 3’s PSN.  The map pack titled annihilation features four new multiplayer arenas and a new jungle themed Zombies mode called Shangri-La.  Treyarch has initiated a Double XP event for the release of the map pack and will be running all weekend long.

You can check out our review of the latest content for the popular first person shooter, but the short version is, it’s great.  If you’re still playing Call of Duty: Black Ops, you should get it.  If you want the full review, you read that here.

The Call of Duty: Black Ops Annihilation Map Pack contains five all new maps for the multiplayer portion of the game.  These include “Silo, Hazard, Drive-In, and Hangar 18, as well as another spin-off into the land of zombie infestation in the jungles of Shangri-La. Fans of the Zombies mode will be making an about face in Shangri-La where players will once again be tasked with navigating the mode with the familiar cast of survivors: Dempsey, Richtofen, Takeo, and Nikolai.