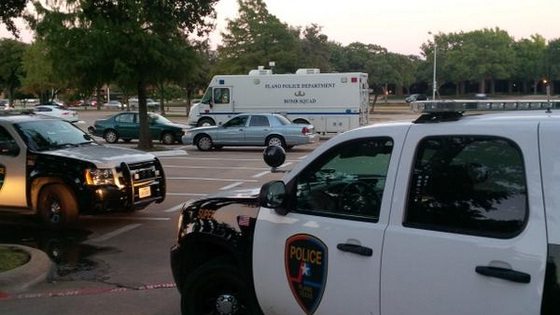 Gearbox Software had a scary incident earlier today as the bomb squad was called to take a look at a car at their parking lot.

“Someone is out of control! Bomb disposal unit called to Gearbox HQ parking lot to deal with car bomb threat.”

Pitchford followed up with another tweet saying that a bomb disposal robot has come in to investigate the suspicious car. It’s early days so we will update this if Pitchford gives us more details of the current situation over at Gearbox Software headquarters.

It wasn’t too long ago that the SOE President had to land his plane following a bomb scare. This was apparently a threat from the hacker group, The Lizard Squad. There’s no information yet at this time who is responsible for the bomb threat today at Gearbox Software. In case you are wondering, their headquarters are based in Dallas, Texas.

Gearbox Software are responsible for developing the popular Borderlands games. The only shoddy games they’ve made have been Duke Nukem Forever and Aliens: Colonial Marines. Sure those games are bad, but they don’t deserve to die over bad games they’ve made in the past.

Hopefully it’s just a false alarm and everyone over at Gearbox Software is safe.

Update: Randy Pitchford tweeted “we’re all clear“. He said he couldn’t go to his own car as it was parked too close to the suspicious one. It appears Gearbox Software is all in the clear. Hopefully things stay safe for them now.