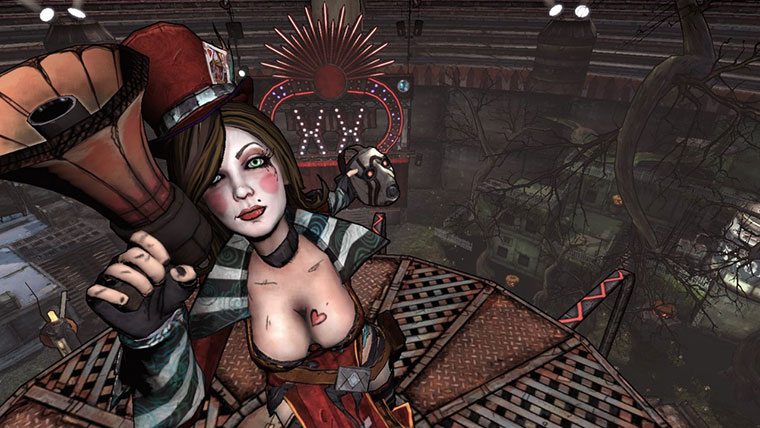 Gearbox Software has announced that a Valentine’s Day bout of DLC for Borderlands 2 is on the way, with more to come in April.   Mad Moxxi and the Wedding Day Massacre will be available ahead of the lover’s holiday, on February 11th.

The DLC is the fourth piece of Headhunter content, so it will feature a unique head and skin for defeating the pack’s boss character with each vault hunter.  The Wedding Day Massacre looks back at a feud between two families in the game’s main storyline, with characters from each faction being joined in matrimony.  The objective, Moxxi tasks the Vault Hunters with gathering ingredients to make a love potion that will seal help seal the deal between the two warring parties.

Gearbox also told IGN that there’s more DLC for Borderlands 2 on the way, later this year.  April will see more Borderlands 2 content arriving, and will be the fifth and final headhunter pack.

Look for the Mad Moxxi and The Wedding Day Massacre DLC to arrive on February 11th for $2.99.