Borderlands 2 will release with Steamworks 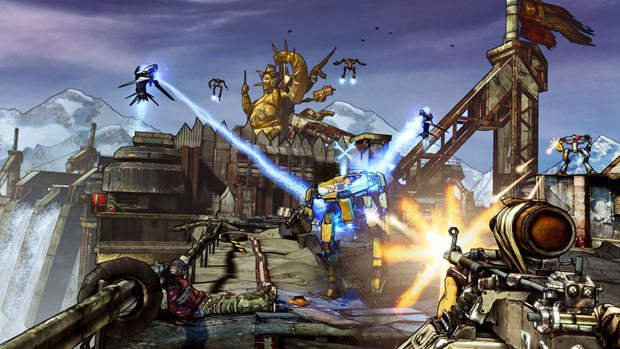 2K Games has announced that their upcoming shooter, Borderlands 2, will ship with Steamworks functionality for the PC version of the title.  In the recent press release for the game, 2K and Gearbox had this to say about the additional and always welcome feature that integrates with Steam.

“Borderlands 2 players will enjoy the benefits of Steamworks features, such as Steam Achievements, downloadable content, auto-updating, multiplayer matchmaking, steam cloud support and more.”  Most AAA titles that arrive on Steam get this treatment, and it’s not much of  a surprise for the game to include these features.

Borderlands 2, sequel to the critically acclaimed and best selling role-playing-shooter hybrid, once again delivers its unique flavor, characters and addictive nonstop collaborative loot-shoot gameplay. As in the original game, Borderlands 2 features an openworld game environment, but this time around the world players experience is larger and packed with more depth at all levels. The game features an all-new cast of characters, skills, environments, enemies, weapons, and equipment that come together in a carefully crafted and connected story. Make new friends, arm them to the teeth and fight alongside them on a relentless quest for revenge and redemption through the undiscovered and unpredictable living world of Pandora.