The latest news in the world of video games at Attack of the Fanboy
April 4th, 2017 by Kyle Hanson 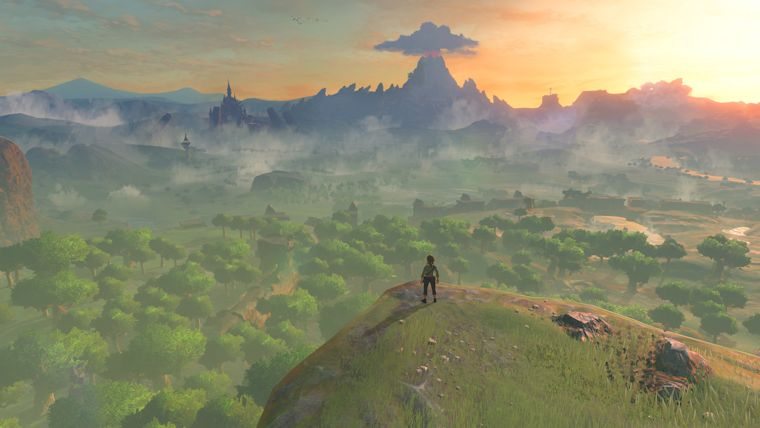 The Legend of Zelda series has always been one to push boundaries and reinvent genres. It began by showing what a 2D adventure could be like, finally cementing A Link to the Past as one of the greatest games of all time. Then it proved that 3D gaming could be done in an amazing way with Ocarina of Time, which then became the standard for the series going forward. Now we have Breath of the Wild with its reinvention of the open world genre. According to a new interview with series director and producer Eiji Aonuma, this new open world formula is the new series standard.

The info comes from a new interview in Japanese magazine Famitsu. We’re dealing with some rough translations, but essentially Aonuma says they are working out how the next game in the series might work. Will it build off of the open world elements that were introduced in Zelda: Breath of the Wild? Aonuma thinks so, saying that the next game might be more difficult to puzzle out, but that this will likely be the “standard form” for the series.

This isn’t shocking news, but it’s still important given the source. Aonuma is essentially the head of the Zelda series, having taken over the director reins from creator Shigeru Miyamoto starting with Majora’s Mask. He shifted into more of a producer role for later entries, but his word is gospel when it comes to Zelda.

It seems that we’re now on the edge of the third major evolution of the Zelda series. We started with 2D, then shifted to 3D with fans fairly evenly split on which they preferred. Now we have the jump to 3D open world, which has been praised almost universally as a great move for the franchise.

Many are wondering where the Zelda series goes from here, and it seems like it will stick to the open world formula crafted for Breath of the Wild. Could we see a Majora’s Mask style sequel using the same engine and design philosophy?