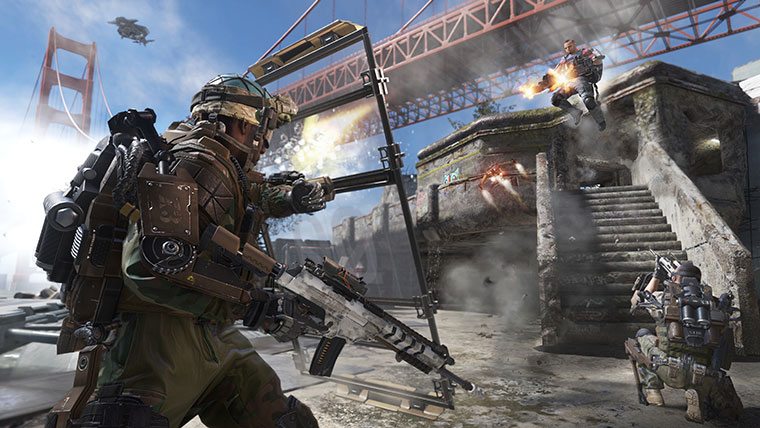 Call of Duty: Advanced Warfare will be changing things up significantly with the game’s new Scorestreak System and upgrade options therein. Scorestreaks themselves will be directly integrated into the game’s Pick 13 system, which allows players to mix and match weapons, perks, and aspects of the multiplayer experience, creating a unique Operator to play with.

According to a recent video released by Sledgehammer Games, these scorestreak items can then be further customized. Examples shown in the video include things like turrets being outfitted with different more firepower, or UAVs giving extra assist points or threat detection systems.

Care Packages also make a return in Advanced Warfare, and these orbital drops can also be upgraded with functionality that includes spending points on giving them better odds on delivering a better item, or “Double Tap” for re-rolling the package.

Call of Duty: Advanced Warfare is slated for release on November 4th, though pre-order customers will get an exclusive extra day of play when the game releases one day early as a pre-order bonus.