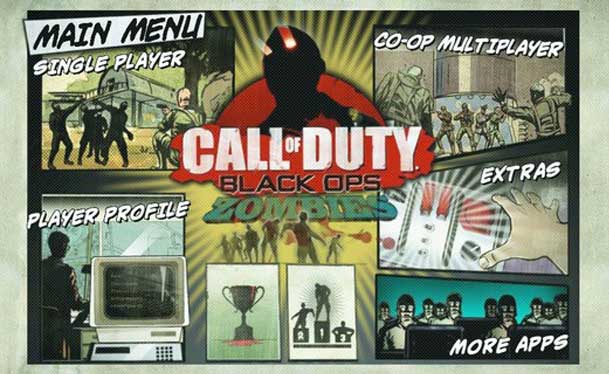 Activision has announced that Call of Duty: Black Ops’ popular zombies mode will be heading to iPhone today. The game is based directly on the popular cooperative gamemode from the console and pc versions of the game. Being made by Ideaworks Games Studios, the zombies iOS game will include some of the familiar levels from the regular game.

The iOS version is also said to have a cooperative feature, allowing up to four players to play together, as well as use a new voice chat feature to communicate. The online features will be accessible either on local Wi-Fi or the online network. The online network will keep track of statistics via a leaderboard feature.

At the time of release, expect only “Kino Der Toten” and “Dead Ops Arcade” to be included in your purchase, with more content on the way in the future. The publisher noted that “Ascension” will arrive at a later date, as a free update to the game.

No price was given on the mobile game, but expect in on the App Store tommorrow.