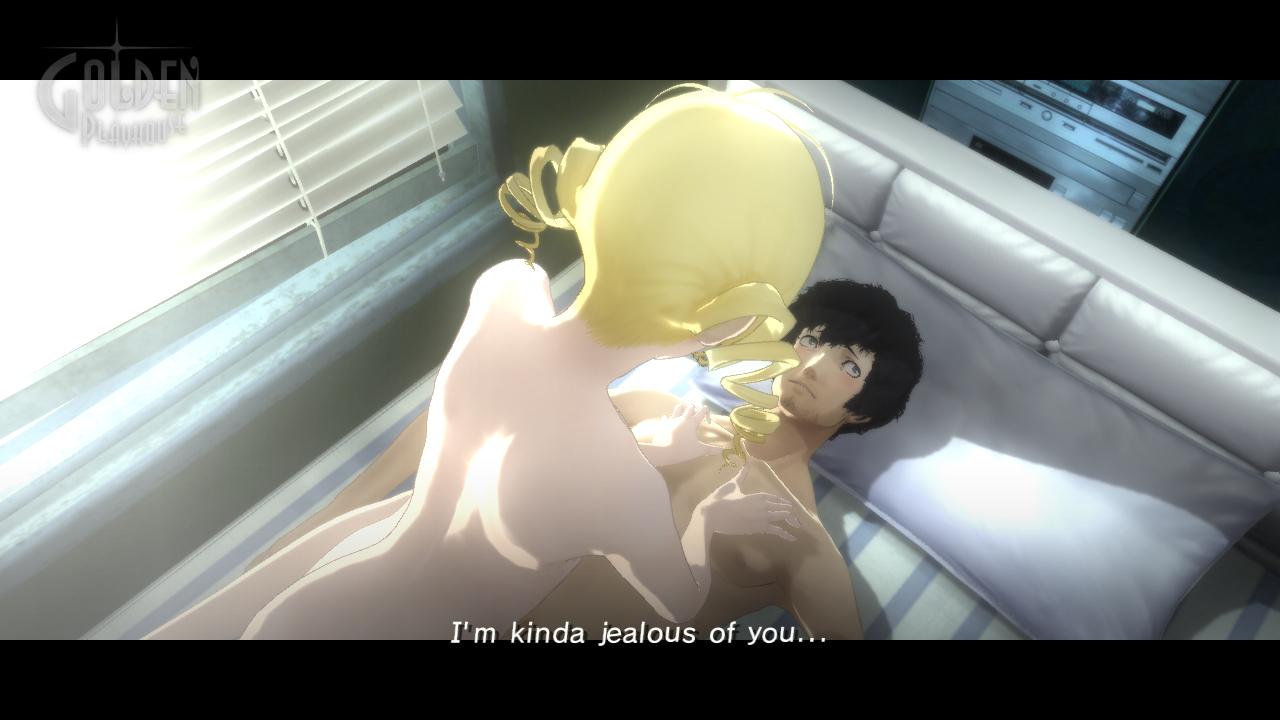 The Catherine Demo is now available in the PlayStation 3 Store & Xbox 360 Marketplace.  The upcoming action adventure puzzle game takes you on brief tour of the wackiness that is Catherine.  The game is a blend of the puzzle solving and story which is told through the beautiful anime concoctions of Studio 4°C.  The game which released early this year in Japan is being brought to other regions by popular demand after the Japanese demo got gamers excited for a translated version.

Vincent really likes his girlfriend. Katherine’s pretty, smart, and successful. Trouble is, now she’s sat Vincent down for “the talk,” and Vincent’s spent his entire life trying to avoid long-term commitment.  Since romantic complications are the last thing he wants to deal with, Vincent meets his friends for their regular night of drinks.  Little does he know that he’s about to be blindsided by a drop-dead sexy freight train named Catherine.  When the morning comes, he’s hungover in bed next to the most beautiful woman he’s ever seen, unable to recall the previous night’s events.  Was it just harmless fooling around, he wonders, or did something more serious happen between them?  Should he tell Katherine?  Will he ever see Catherine again?  Vincent’s about to discover that stumbling on the stairway of love can turn into a horrific, fatal plummet…

Atlus is getting set to release the full game on July 26th for PlayStation 3 and Xbox 360.