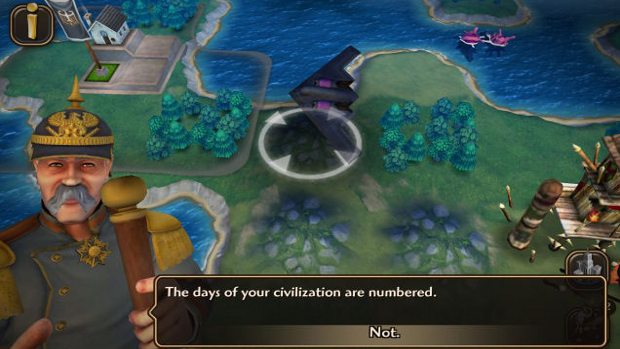 Civilzation Revolution 2 will be released for iOS on July 2. An Android release will arrive at a later, unspecified date. The Sid Meier’s Civilization series was always PC exclusive, until the experimental Civilization Revolution was released in 2008 for consoles. This release was fine-tuned to work without a mouse and keyboard and received decent reception from critics and fans. In 2009 it made the jump to mobile, releasing on iOS, and eventually coming to Windows Phone.

Civilization Revolution 2 is the first entry in the series to be made for mobile devices from the ground up. The previous mobile releases were all tailored for consoles and retroactively made to work on touch devices. All of the leaders from past games will return for Civilization Revolution 2, along with new entries such as Winston Churchill and JFK.

The summary of the game comes across as classic Sid Meier’s Civilization. “Staying true to the series, Civilization Revolution 2 will allow players to lead a civilization from the dawn of man to the modern age, and go head-to-head with history’s most intrepid leaders as they wage war, conduct diplomacy, discover new technologies, and build the most powerful empire the world has ever known in a race for ultimate supremacy.”

The Windows version of Civilization V was one of the first PC games to truly support touch controls. Something about the turn-based strategy series allows touch controls to function much better than for other, more action focused games. Taking the series and streamlining it for the mobile experience will likely end up being a good experience for casual fans.

Hardcore followers of the series might end up wishing for a more robust experience. Those fans might want to wait for the newest entry in the main series, Civilzation: Beyond Earth. Playing that game on a touch-enabled PC will likely scratch that turn-based strategy itch.