The latest news in the world of video games at Attack of the Fanboy
March 10th, 2017 by Jose Belmonte 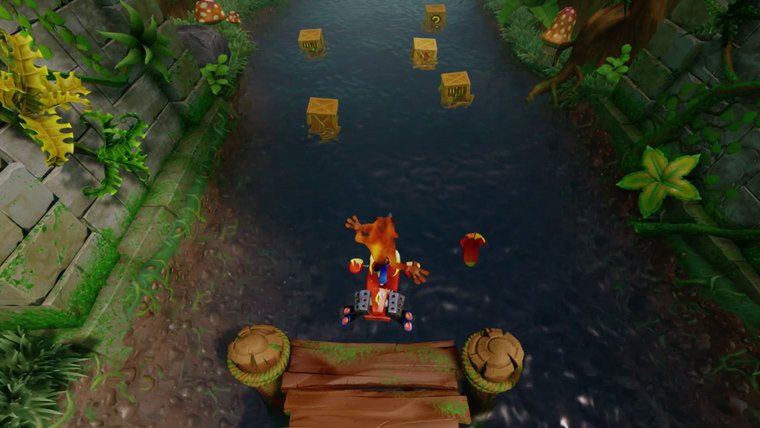 PlayStation has posted on social media a video showcasing new gameplay of the upcoming Crash Bandicoot N. Sane Trilogy. This time we get a glimpse into the new version of the classic Hang Eight level from Crash Bandicoot 2. It is yet another proof of how closely similar this new version will be to the original in the best way: graphics are completely redone, but the gameplay mechanics seem intact.

Just a few seconds in the video, everyone who has ever played the original level from Crash Bandicoot 2 will understand what they are about to see. Even before entering the stage we start hearing the sound track, and it defines exactly the concept behind this release: The original 1997 game is still here, but now it has built using additional tools that make it look and sound much more ‘whole.’

From that point, Crash enters the stage and starts his usual routine of jumping over platforms, collecting apples, and facing giant carnivorous plants. While the gameplay looks more fluid, compared to the original it doesn’t feel really different, which is a big relief considering that this is not a mere remastered version of the classic games, but an entire new title built from scratch by Activision, after studying very closely the original work from Naughty Dog.

The video not only showcases the regular route of the stage, but all bonus levels as well. Plus, the original Twitter video shows a technique used by experienced speedrunners, which consists on going through the whole level once as fast as possible in order to get a special gem, and then dying on purpose in order to get to finish with all apples and a second gem at the end. It’s a very nice detail that shows how much effort the development team has put into preserving the original experience.