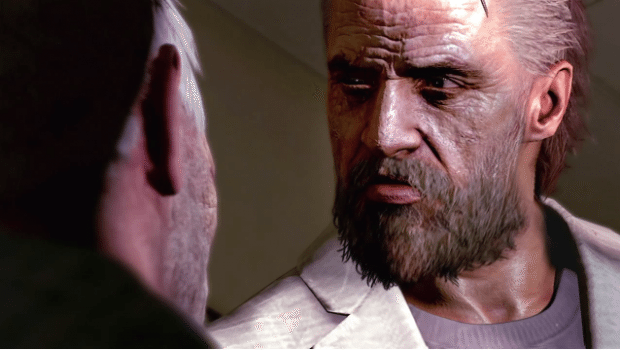 When Call of Duty: Black Ops 2 releases this November, most gamers may already be accustomed to all of the big explosions, epic cinematic set-pieces, and “shellshocked” sequences customary to every CoD game since the beginning of time. According to Black Ops 2 writer David S. Goyer however, gamers may be surprised in regard to the quality and depth of the game’s campaign story, as he claims in a new Black Ops 2 developer diary that it is “better than most movies.”

“We were approaching it in some ways as a big-event movie,” he said. “Even though it’s a first-person shooter, it’s gotta be sophisticated. It’s gotta be funny. It’s gotta be challenging, and it’s gotta have twists and turns. In the case of Black Ops (2), I would argue that this story is better than most movies that are being made.”

Goyer’s comment is certainly not without credibility. The screenwriter has a resume stacked with blockbuster franchises including the Blade films, Ghost Rider: Spirit of Vengeance, and Christoper Nolan’s Batman trilogy with the addition of the upcoming The Dark Knight Rises. Goyer has also been linked to a few highly anticipated film adaptations of some of entertainment’s most sought-after IPs. In addition to Legendary Pictures and Warner Bros.’ Godzilla reboot and The Invisible Man (2013), Goyer is also said to be working alongside Nolan and director Zack Snyder to produce a Superman reboot titled, Man of Steel, slated for release in 2013.

To Treyarch’s credit, the original Call of Duty: Black Ops stands among the series’ deepest and most fully realized storylines. Darker and more somber in contrast to previous installments, Black Ops focused on plot elements of a heavily sinister nature, even alluding to protagonist Alex Mason being responsible for the assassination of John F. Kennedy.

For the first time in the Call of Duty franchise, Black Ops 2 will feature two branching storylines, the first of which will again follow Mason as protagonist, fighting during the Cold War era in proxy wars for the U.S. against Soviet Russia. The second takes place in the year 2025, switching to the story of Mason’s son. A new cold war has erupted between China and the U.S. and is characterized by unmanned military technology. The game’s antagonist, Raul Menendez, will attempt to lure both nations into full-scale war.

Nine Inch Nails frontman and Academy Award-winning composer Trent Reznor, who will be composing the main theme for Black Ops 2, also appears in the video and briefly discusses his belief that video games are a viable art form worth writing and composing for.

Check out the video below in which Goyer makes his bold claim: