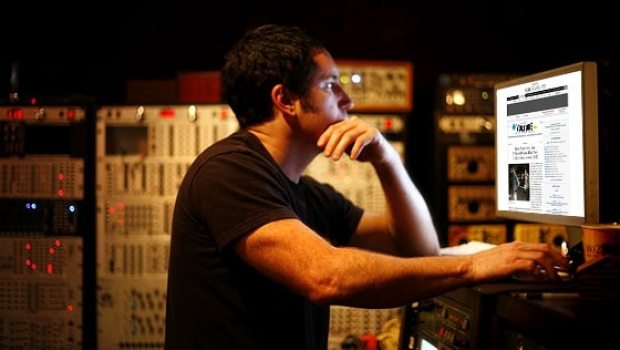 When you have a lot of money, you have the ability to go out and get the absolute best, top-notch talent to work on whatever project it is that you have in development. In case you didn’t know, Activision has quite a bit of money. You can continue to loathe them based solely on the fact that they make a majority of it from annual installments of a re-hashed franchise, yet at the end of the day, at least they’re willing to spend it. According to a report from USA Today, Activision has landed the musical genius of Nine Inch Nails’ Trent Reznor as well as legendary composer Jack Wall (known mostly for his work on the Mass Effect franchise) for the score of Call of Duty: Black Ops 2.

The report states that Reznor will be writing the theme for Black Ops 2 while Wall will be composing the rest of the soundtrack, and that the game’s theme song features an “aggressively sounding” piece of guitar, bass and drums-based rock.

Reznor noted that it was his recent experience with film scores that led him to writing for Black Ops 2:

“I started dipping my toe into film scoring. That led me to film scoring agents and whatnot and a variety of projects start to get thrown at you to check your level of interest. And quite a while ago I had heard, ‘Would you be interested in a big franchise video game?’ Being an avid gamer my whole life, I said, ‘Yeah, I would be interested in that.'”

Last year, Reznor collaborated with Atticus Ross to compose the score for David Fincher’s The Social Network, and additionally composed for The Girl with the Dragon Tattoo, another Fincher film. Reznor and Ross would take home the 2011 Academy Award for Original Score for their work on The Social Network. The NIN frontman stated that when it came to trying to find a particular sound for Black Ops 2, he was aided by the bleak context that overshadows the game:

“What I learned in listening to the full story and the amount of effort that has gone into the back story and the characters and the full preparation there is a lot of reservation and angst and sense of loss and regret and anger bubbling under the surface. So it didn’t make sense to have a gung ho, patriotic feeling theme song. It has to feel weighty. There is a lot of remorse and apprehension here. So choosing to arrange it a bit more with guitars and drums and aggressively sounding, that struck a tone with them.”

Black Ops 2 will not be Reznor’s first undertaking within the gaming industry, as he is previously credited with the score of id Software’s Quake back in 1996. If you’re unfamiliar with the genius of Jack Wall, you may remember hearing one of his compositions while assaulting a certain base beyond the Omega-4 Relay. Hearing it still gives me goosebumps upon thinking of it playing simultaneously while you fight off Harbinger’s direct control. There are few gaming moments more epic than trying to get the No One Left Behind Achievement to the backdrop of Mr. Wall.