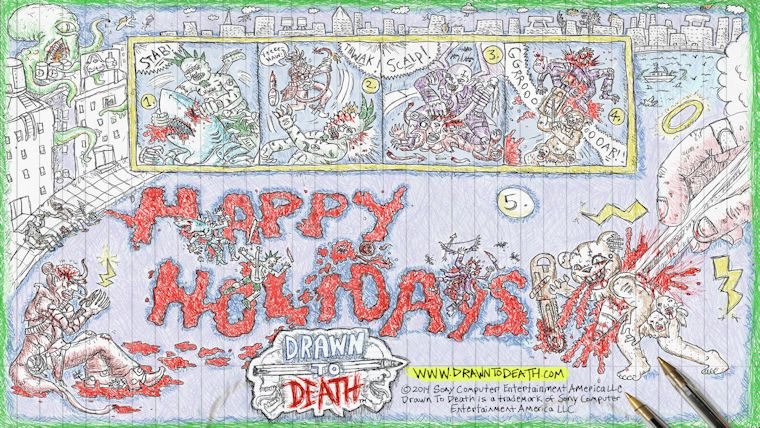 To close out the keynote for the PlayStation Experience, control was handed over to longtime Sony developer David Jaffe, who has been the game director behind many of the biggest PlayStation series included Twisted Metal and God of War. Now in charge of the brand new Bartlet Jones Supernatural Detective Agency development team at PlayStation, Jaffe unveiled that they would be bringing a brand new IP exclusively to the PlayStation 4 titled Drawn to Death.

Drawn to Death is said to be coming straight from the notebook drawings of a high school student in design with something that visually looks like a mix of MadWorld and Comix Zone. The playstyle is that of a third-person arena shooter and looks very interesting in the little we got to see.

Jaffe made it very apparent that this is a pre-alpha build, unlike most other games at the PlayStation Experience. They even want anybody that plays the game at the show to talk with them after to give feedback on everything, so they are being serious with making this game as good as they can.

Also, by going to the official Drawn to Death website this weekend, you can lock down an exclusive mysterious item that will be able to be used in the final game, so make sure to do so before the weekend is up!

You can check out the first gameplay footage for Drawn to Death below: