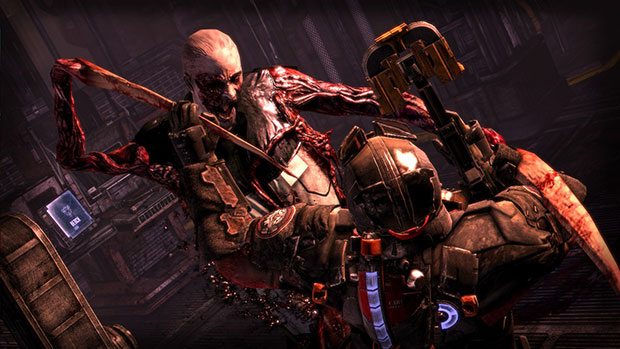 When Dead Space 3 arrives in a little over a week, it will do so with four unlockable game modes. Steve Papoutsis, the executive producer of Dead Space detailed the unlockable modes in a recent developer post on the Dead Space 3 developer blog.

Papoutsis explains that all modes are included on the Dead Space 3 disc, and to access them, players will need to at least beat the game once. Once doing so, a New Game Plus mode will be unlocked, which allows players to start over a new campaign with all of the weapons, upgrades, and blueprints from their previous playthrough.

For the Dead Space faithful, Classic Mode will allow players to use more classic controls for the franchise, and will only allow building weapons through blueprints. Those who think that the Dead Space franchise is getting soft on the survival horror front, the “Pure Survival Mode” is one which plays more like a survival horror game. In this mode, Papoutsis explains that players will need to scavenge resources from enemies, as there won’t be any items lying around to pick up.

Finally, for those that want a real challenge there’s “Hardcore Mode”. This mode will give players only one life to complete the game’s entire campaign.

Dead Space 3 and its many ways to play is getting ready to launch on February 5th for the Xbox 360, PlayStation 3, and PC.