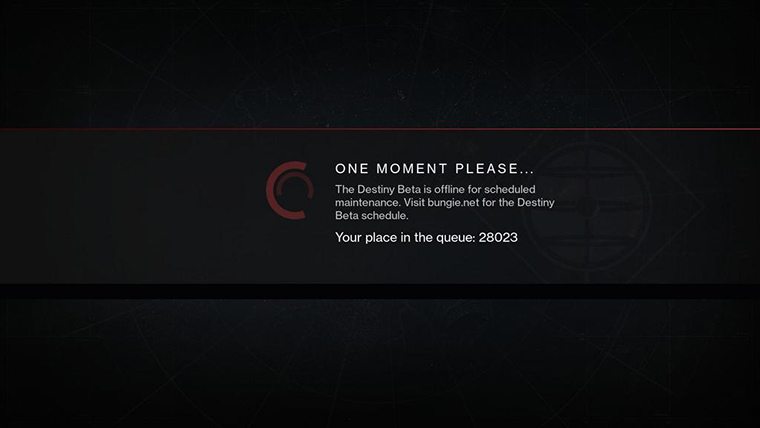 The Destiny Beta is currently going on for pre-order customers on the PlayStation 3 and PlayStation 4. The ongoing test started last week, but is going down for maintenance until the 23rd. Bungie has already begun the process of taking the servers offline for the Destiny Beta on PlayStation.

According to the Bungie Twitter feed, “We are beginning the process of taking the Destiny Beta offline for maintenance. It shall return on 7/23 for all registered testers.” Bungie had previously announced that the beta would indeed be down for the 21st and 22nd.

When the Beta returns on July 23rd, it will be open for all registered players. This will be the Xbox One and Xbox 360 players’ first shot at playing the Destiny Beta.

The Destiny Beta has given pre-order customers the opportunity to check out a small bit of the single player story line for Destiny, cooperative elements and The Crucible multiplayer modes. Bungie hasn’t announced if they’ll be unlocking any additional content on the 23rd.