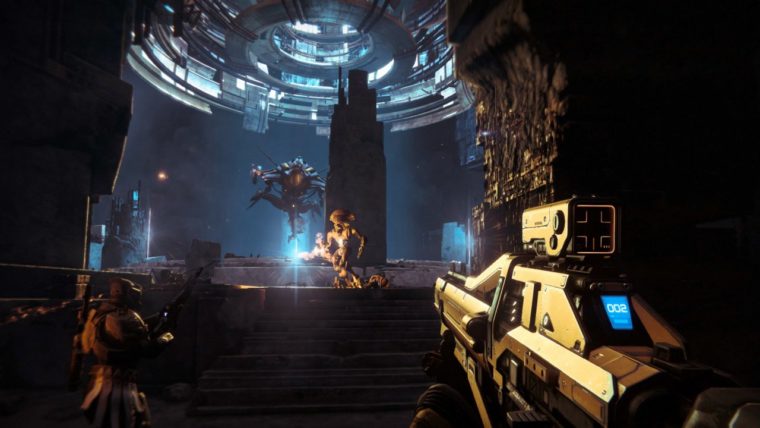 Activision CEO, Eric Hirshberg, admits there were some flaws in Destiny but the overall game did some cool things right.

Examiner.com interviewed Hirshberg recently where he talked about Destiny and also its upcoming expansion called “The Taken King”.

Interestingly, Hirshberg admitted there were some flaws with the game when it came out last year. He said the “story and dialogue” could’ve been done better the first time around. However, he said the subsequent expansion packs have improved on that area a bit.

He then goes on to explain the things that Bungie did right with the game. This includes the first-person action and also the total investment towards your character. Hirshberg said one of the reasons Activision liked Destiny in the first place was how it was going to take MMO elements and putting them into a fast-paced FPS.

Hirshberg ended the interview by saying the game did more things right than wrong. You cannot argue that the FPS action was solid, but the story and character development was non-existent in the original release for the game.

Destiny received mixed reviews from both critics and fans when it came out last year. Bungie has somewhat added a lot more content to the game with many expansion packs. The upcoming The Taken King content will be the biggest one to date.