The latest news in the world of video games at Attack of the Fanboy
May 8th, 2017 by Jose Belmonte 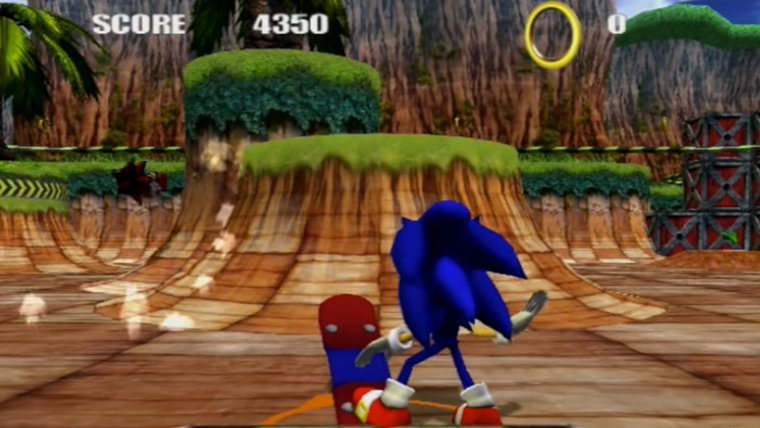 It was about six years ago that we learned about a Sonic game based on skateboarding races that Sega had been considered to release on the original Xbox and probably on the other consoles from that generation. Today, new details and gameplay footage have surfaced, giving us a much better impression of what the title could have been if it had completed its development.

The news come from the non-profit project Unseen64, which has unveiled this information as a hope to preserve the memory of this unfinished title. Sonic Extreme, as it was going to be called, was being developed by SeaBlade creators Vision Scape, who had also worked on some of the cinematics of Sonic Heroes. Thanks to their close relationship with Sega, they self-financed the development of a concept for the title before sharing their work with the Japanese company.

Sega’s Yuji Naka liked the direction of the game and asked Vision Scape to send a budget proposal, which the studio did. However, they never got an official reply, and the development was abandoned. However, that wasn’t the end for Sonic’s skateboarding adventures, since another title called Sonic Riders took the same concept into a finished game released for Xbox, PlayStation 2 and GameCube.

Vision Scape noted the similarities with their concept and considered taking legal actions, although they later dropped the idea after they realized that part of their contract for Sonic Heroes included the legal clause that granted Segal full ownership of any development based on their properties.

But at least some of the gameplay has seen the light now, allowing us to appreciate the origins of Sonic’s skateboarding spin off. In the concept of Sonic Extreme, players take control of either Sonic or Shadow, who use their hovercrafts to race through a track inspired in the Green Hill Zone from the first Sonic game, which had ramps and other elements to perform skate moves.

This project belongs to the past of the series, but Sega is preparing the launch of Sonic Forces, the next main title in the series that is expected to be released this year.

Check out the gameplay for Sonic Extreme in the video below.