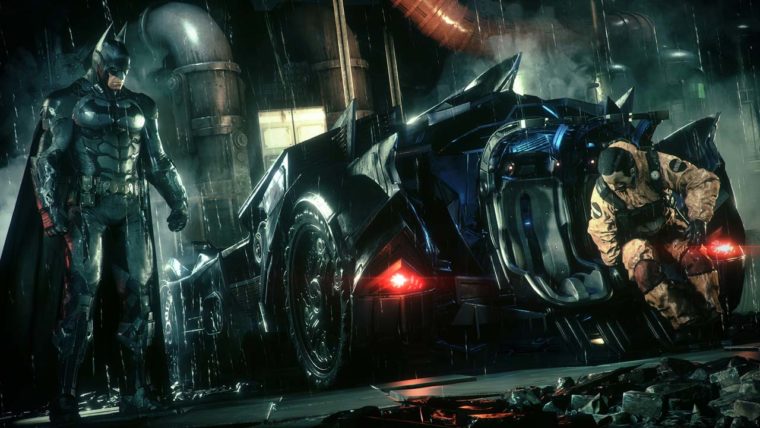 Batman: Arkham Knight is due out later this year and there will be a ton of new features that were not in the previous games.

Gamingbolt had a chance to interview Gaz Deaves who is the social marketing manager for Batman: Arkham Knight. He spoke briefly on a lot of the new features fans can expect to see in the upcoming game.

Deaves said that it was important to ensure Batman: Arkham Knight gives the series a “send-off it deserves“. Rocksteady have been working on the Arkham series for eight years now, so they have made extra efforts to make this final game a finale we will all remember.

In terms of new features, Deaves said that the Batmobile is the most “powerful gadget” in Batman: Arkham Knight. In the pursuit mode, you will be able to use the afterburner and even the ejector seat. In the battle mode for the Batmobile, you’ll have access to the turret and other weaponry.

Speaking of gadgets, Deaves teased there will be “new gadgets” in Batman: Arkham Knight. Rocksteady have yet to tell us everything that Batman has in his utility belt. However, they have expanded on the gadgets that Batman had in previous games. There will be more uses for the batarangs and the grapple gun has had an upgrade too.

Deaves also spoke about the Arkham Knight villain himself. It sounds like he will be Batman’s toughest opponent because he can “exploit all of Batman’s weaknesses“. This character might know who Batman really is…

Other things Deaves mentioned have been revealed before. Rocksteady have been working hard on the combat system which has been very popular with fans. He also reminded people that Batman: Arkham Knight is five times the size of Arkham City.

What are you looking forward to most in Batman: Arkham Knight?