The latest news in the world of video games at Attack of the Fanboy
December 15th, 2017 by Jose Belmonte 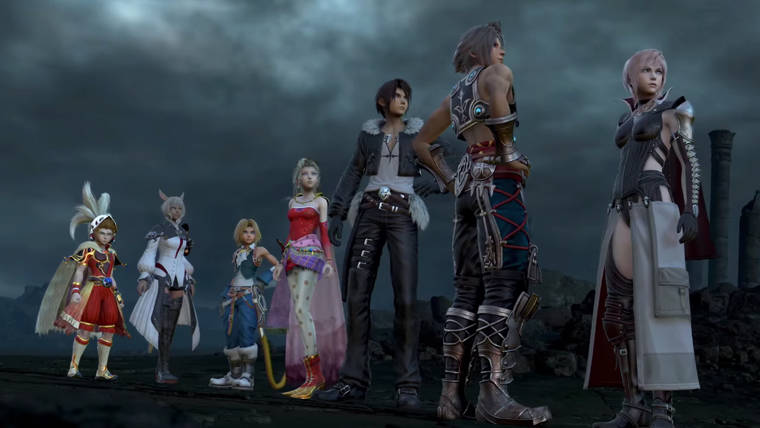 Dissidia: Final Fantasy NT, the crossover fighting game with characters from the iconic RPG series, has received a lengthy new trailer prior to the start of the Jump Festa in Japan this weekend. The video shows a mix of cutscenes and battle gameplay, putting special emphasis on giving more details on the story, which sees the characters meeting again after the events of the PSP games.

The preview opens with new character Materia describing the eternal conflict that saw Final Fantasy heroes and villains fight time after time, defending their masters Cosmos and Chaos. However, they were able to break the cycle and put an end to the conflict, or so they thought. Some time after, they have been summoned again by Materia and Spiritus, the heirs of the previous gods of protection and destruction. But something feels off, like Lighting tells Warrior of Light, as it seems like some force is absorbing the energy created in each of their clashes with the villains.

Dissidia: Final Fantasy NT offers multiplayer battles of teams of 3 versus 3 players, something that opens lots of possibilities in gameplay and strategy. The roster of the game includes recently presented fighters like Golbez (FFIV), Ultimecia (FFVIII), and Noctis (FFXV). You can read our impressions of the closed beta that took place earlier this year.