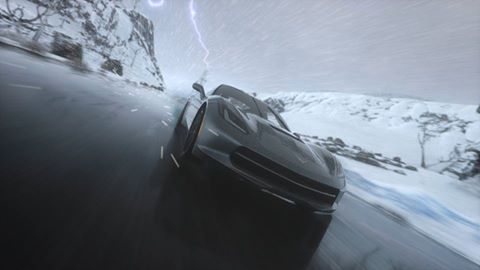 Evolution Studios has just announced that Driveclub update 1.08 is available now and it includes the long awaited weather system.

Not only does update 1.08 of Driveclub add dynamic weather to the game, but you also receive two new tracks plus other improvements to the gameplay.

Driveclub update 1.08 is 1.4GB big. Evolution Studios promises that even more is to come in the next update after this one. There is still no word when the PS Plus Edition for the game is coming out though…

Check out all the details for Driveclub update 1.08 below:

* Adds weather to the game, for online and offline play.
* Adds two new tracks, both including reverse variants: Atlanterhavsvegen in Norway and Sinclair Pass in Canada.

There will also be more add-ons available later this month in Driveclub too. This will include more events, cars, trophies and a whole lot more.