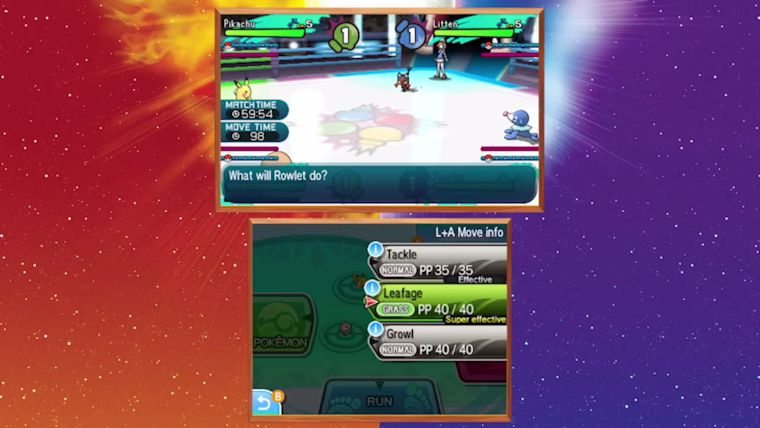 Pokemon Sun and Moon is coming later this year for the Nintendo 3DS near the end of the Pokemon 20th anniversary celebration. During the E3 Nintendo Treehouse stream, we’ve gotten some new footage of the game and learned about one new innovative game mode.

Battle Royal is a brand new game mode to Pokemon Sun and Moon that allows four players to battle in a complete free-for-all.

Each person fighting will have a party of three Pokemon, with the ability to use one at a time.

This mode looks very interesting, as while we have seen two on two battles in the past, this is a true free-for-all where any of the four Pokemon can attack another. This means players can team up with one another against the others before having to face one another.

Pokemon Sun and Moon will release for the Nintendo 3DS on November 18.