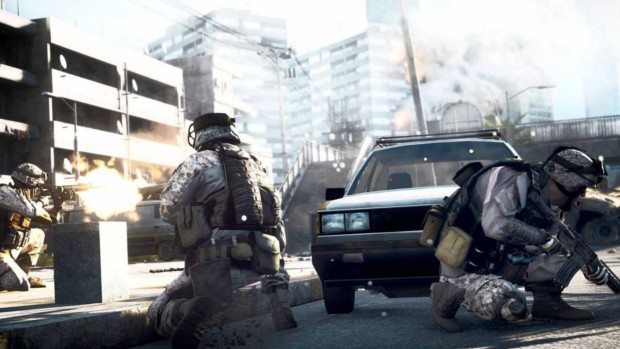 With the recent revelation that a Battlefield 4 is in fact being developed, with a beta tied to October’s Medal of Honor: Warfighter for Fall 2013, EA’s community manager Ian Tornay took to Reddit to respond to fan concern that development of Battlefield 4 will in turn decrease’s DICE’s support and focus on Battlefield 3.

“We will continue to support BF3. DICE and EA are dedicated to continuing our support for Battlefield 3. Just as we’ve continued to support and maintain Bad Company 2, we intend to continue providing the best Battlefield 3 experience we can well into the future and past the release of End Game and Battlefield 4…There are several teams at DICE. Starting work on Battlefield 4 does not mean that we will be abandoning Battlefield 3 or working any less hard to bring you the best expansions we can.”

Tornay also clarified that Medal of Honor: Warfighter will not be the sole opportunity to get in on the BF4 beta, though it currently stands as the only way to guarantee access once the beta finally releases. Additionally, Tornay addressed fan concern in regard to the prospective release date of Battlefield 4 in what some gamers think is in close proximity to last October’s Battlefield 3.

“We’ve been seeing a lot of concerns about the pacing of release (i.e. “only” two years after BF3). I think it’s worth noting that DICE has released a Battlefield game every two years or sooner AND Mirror’s Edge (EDITED for clarity). I truly believe that we’re in one of the best positions to be creating our next title – Frostbite 2 has matured, we’ve been gathering fan feedback like crazy, Battlefield 3 continues to expand with features which we can learn from, and we’ve got more data about how people play than ever.”

Tornay and DICE also realize that there are still gripes among the Battlefield 3 community that gamers would like to see addressed, noting examples such as a better VOIP solution, Battle Recorder, Spectator Mode, and “more robust” eSports support.
Source: Reddit via GameSpot