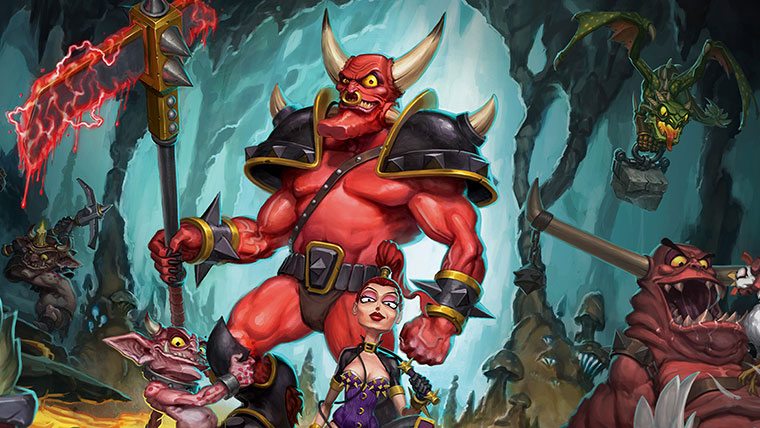 When EA Games released the free-to-play Dungeon Keeper on December 19, 2013, many gamers were enthused. Dungeon Keeper was the last game released when famed designer Peter Molyneux was still with Bullfrog Productions, and has maintained a “cult status” of sorts since then. Known for its God game playstyle, it was easy to learn, but difficult to master. As such, when EA and Mythic Entertainment announced their “twisted take” on Dungeon Keeper, many gamers were interested in what hopefully would be a rejuvenation of the franchise. Sadly, they were wrong.

It’s not just a poor game, it’s manipulating its players into giving it only positive reviews

When Dungeon Keeper was released for Google Play and iOS, many reviewers were quick to note that it wasn’t a God-style game like the original, but more of a Clash of Clans clone. To make matters worse, the game was heavily criticized for its microtransactions and gimping the players to the point where microtransactions were the only seemingly way forward. That, or wait an inordinate amount of time. Reviwers were heavily critical of the game, with Jim Sterling calling it “the most gratuitous, exploitative example of Free-to-Play” and a “cynically designed cash transfer whereby some hack developer, enthralled by Electronic Arts, gives you not a game, but the idea of a game.” Currently, Metacritic has the iOS critical reception as 46/100 and the user reviews as .2/10. However, probably the most poignant criticism came from the original designer of Dungeon Keeper, Peter Molyneux. Molyneux, in an interview with the BBC, called the mechanics “ridiculous”, saying, “I felt myself turning round saying, ‘What? This is ridiculous. I just want to make a dungeon. I don’t want to schedule it on my alarm clock for six days to come back for a block to be chipped.” He also added, “I don’t think [Mythic Entertainment and EA] got it quite right, the balance between keeping it familiar to the fans that were out there but fresh enough and understandable enough for this much bigger mobile audience.”

EA deflected the criticism by pointing out the high user reviews in the Google Play Store, with an average of around 4 stars. However, after some investigating, gamers and news outlets quickly noted that EA, as Polygon put it, “stacks the deck” so the user reviews will be high for the Google Play Store. Many gamers had noticed that, despite the high user scores, the reviews were usually loaded with criticism. Soon, it became apparent that, at least with Google Play, EA was manipulating users into posting 5 star reviews. After playing with Dungeon Keeper for a little bit, the user was prompted to rate the game. If the user chose an option lower than 5 stars, the user is directed to a private feedback submission page, where the review could not be seen.

The only way for a reviewer to have his review made public was to choose the “5 star” selection when prompted. Granted, the reviewer could still change the star rating when redirected, but the feedback loop is one that encourages positive feedback while negative feedback is hidden. It also doesn’t help that the prompt says “5-Star ratings from you help us provide free updates!”, which acts as psychological manipulation.