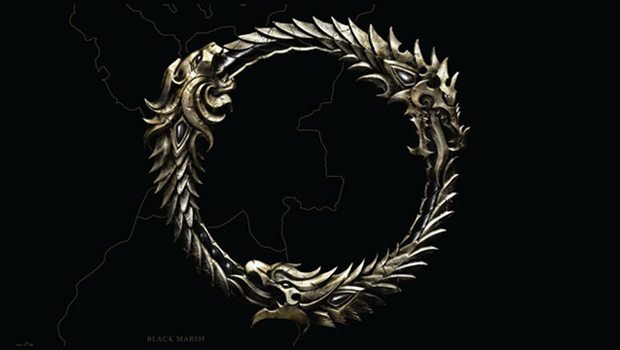 It’s been rumored, confirmed, and now on the way.  The Elder Scrolls is getting an MMO, and it will be arriving in 2013 from Zenimax, Bethesda’s parent company.  If there’s ever been a game that was an excellent candidate to be made into an MMO, it’s definitely the Elder Scrolls franchise.  A rich back story that spans multiple generations, has bred many stories to tell, and it looks like there’s a whole lot more of that story coming our way.  Revealed earlier this week by Game Informer, The Elder Scrolls Online is an MMO which is described as one where “players will be set loose to experience the story of their own faction’s struggle for dominance in the land of Tamriel. This time, saving the world from the awakening of ancient evil is only the beginning.”

Eventhough it’s a great candidate for an MMO, it doesn’t necessarily mean that it’s going to be a great game.  That said, Zenimax has their work cut out for themselves and they’re very well aware of this delicate balance between making it enticing to Elder Scrolls fans and MMO players alike.  “We’ve really got to create a compelling game first,” says Paul Sage, Creative Director of the project. “It needs to be comfortable for people who are coming in from the typical massively multiplayer game that has the same control mechanisms, but it also has to appeal to Skyrim players.  You want to hit those touch-stones, but more important than that, you’ve got to create an experience that’s unique and fun.”

For the Elder Scrolls fan that is deeply invested in the RPG franchise you’re going to find the things that you know and love.  Eventhough, the game is set 1000 years before the events of Skyrim, and a little closer to the setting of Oblivion, Morrowind, Arena and Daggerfall, which all took place during the Septim Dynasty in the Third Era.  Since the Septim dynasty hasn’t begun yet, this leaves a struggle for power between the factions.  Described in this month’s Game Informer: 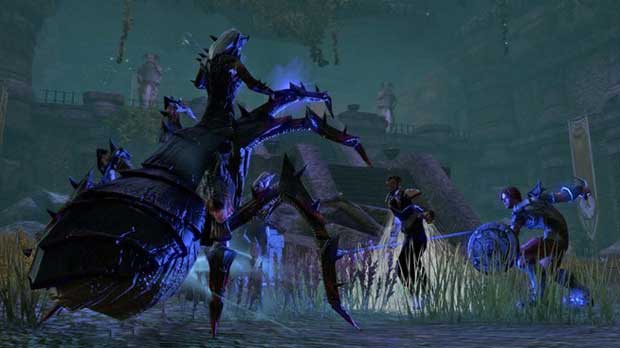 “During this era, the land of Tamriel has no clear ruler.  The Imperials are weakened from previous wars, and the central province of Cyrodiil is marked by constant warfare. Three distinct alliances, each consisting of three of the playable races, maintain huge standing armies to defend their holdings and expand their territory.  Each fights continual battles against the hated Imperials and their other neighbors.  However, the noble Tharn family is hatching a plot to bring Tamriel back under the imperial heel.  They’ve forged a dark pact with the King of Worms, Mannimarco, a necromancer who promises to fuel the flagging Imperial war machine by reanimating the bodies of fallen soldiers.  Unknown to the Imperials he supposedly serves, however, Mannimarco is scheming with the Daedric prince of domination, Molag Bal, to bring the mortal realm under the dark lord’s dominion.”

All of the races that are available in the game, will also be found in The Elder Scrolls Online, and have aligned themselves with each to make up the factions.  The Nords, Dunmer, and Argonians have formed a pact out of necessity despite having longstanding “ancestral hatreds”.  The Altmer, Bosmer, and Khajiit are grouped to form the Aldmeri Dominion, who are said to “rule its holdings with an iron first.  Finally, The Daggerfall Convenant consists of the Bretons, Redguard, and Orcs “utilize their military might to secure lucrative trade routes through its dominion. 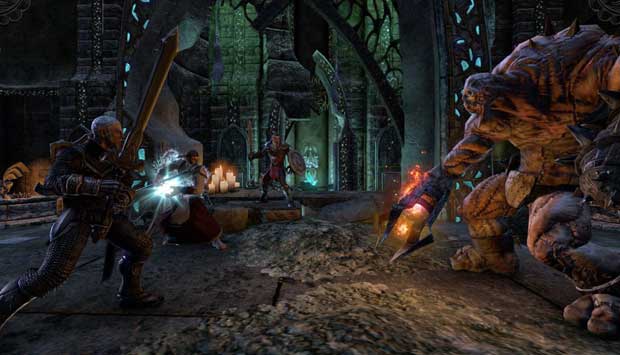 Not limited to just characters and locations, The Elder Scrolls online seems to be attempting to cature the free-form open world experience of its single player games, in this MMO.  Called a “hubless” design, The Elder Scrolls Online isn’t going to work in the same way that other MMOs do.  Instead of the cookie cutter retrieval quests, Zenimax promises to reward the players for exploring the world of Elder Scrolls, and complete any quest that they come across, if having attained the level requirements for said quest.  Much like the single player experience, much of the content or questline you won’t find on a map, you’ll need to explore to find everything there is to offer. As it sounds, The Elder Scrolls Online sounds quite a bit different than World of Warcraft or The Old Republic.

We’ll likely be hearing a lot more about this MMO in the weeks and months leading up to its eventual release, but why wait.  The latest edition of Game Informer’s print magazine covers everything from PVP, public dungeons, instances, guilds, combat and a bunch more.