Elder Scrolls V: Skyrim Will Have a Big Presence at E3 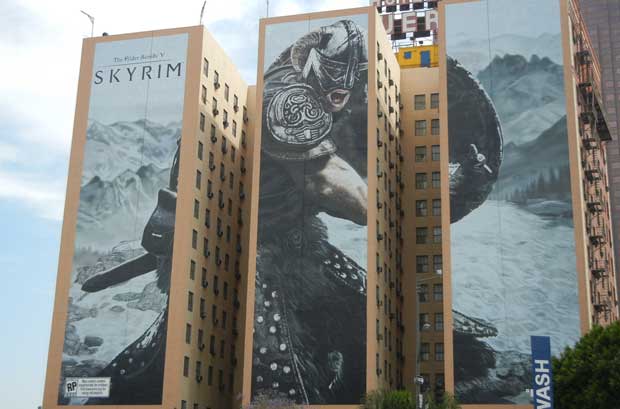 Elder Scrolls V: Skyrim will literally have a big presence at E3 this year.  Streaming down the three wings of the Figueroa Hotel, will be Dovakiin, the Dragonborn standing about fifteen stories high.  It’s only appropriate that Elder Scrolls V have a big showing both on the floor and around the event.  It’s one of the biggest games on 2011, and something that fans of the franchise have been waiting on for years.

Skyrim is one of our most anticipated games of E3, and from what we’ve heard and seen about the game it sounds outstanding.  Between the Dragons that have invaded the land of Skyrim, to revamped game engine, there’s plenty to be excited for as a fan of The Elder Scrolls come November.

Home / E3 / Elder Scrolls V: Skyrim Will Have a Big Presence at E3