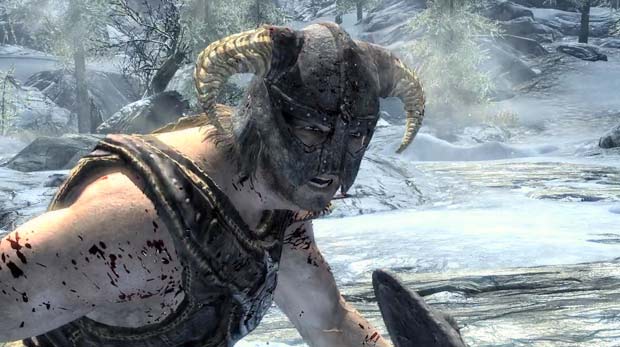 Today marks the first day that we’ve gotten to see The Elder Scrolls V: Skyrim in action.  Some of the sights and sounds of Skyrim have been revealed for the first time.  The Dragon Shouts we have heard so much about, the dragon battles, enemies like giants look just as well in motion.  And it appears that all of this buildup to the upcoming RPG has been true.  The new engine looks amazing in action, and guess what?  It was all done on the Xbox 360 according to Bethesda Softworks community manager, Nick Breckon.

He took to the Neo Gaf community shortly after the trailer was released to the world just hours ago.  There he confirmed that the the trailer was indeed captured on the Xbox 360 and noted that the draw distance had not been faked in any way.

Just to clarify, all of this trailer was captured on Xbox 360. Also, the draw distance is not faked in any way. – Nick Breckon aka Ratsofatsorat