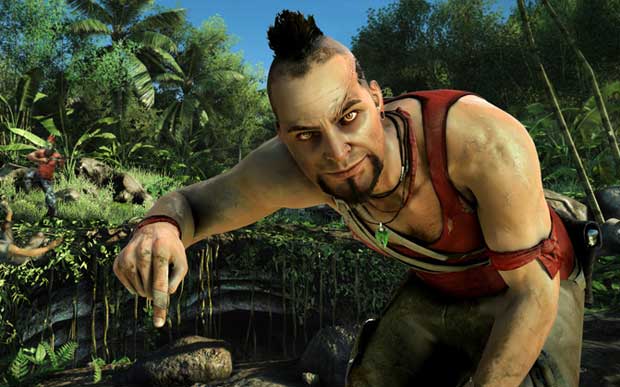 The original Far Cry at it’s time was a monster of an open sandbox style game, with Far Cry 2 following suit, and upping the ante into a full-on open world event.  Now in Far Cry 3, the developers claim that the game will feature ‘ ten times the scale of the previous games, which include more dense environments’.  In a recent interview Jason VandenBerghe went on the record and divulged some of the first details of the game which was revealed just a short while ago at E3 2011.

“Look at the vistas and the scale of Far Cry 1 and 2, take that and multiply it by ten,” he said to Edge. “We want to take that even further — we’re focusing on taking that scale and making it dense, so that around every corner there’s something to find or see. We ask ourselves: if there wasn’t anyone to shoot in the game, could it still be fun?”

Being the narrative director for the game, VandenBerghe had a few other juicy tidbits about how the story will playout in Far Cry 3, touching on “moral choices” that the player will be forced to make throughout the game.  Stating that ” I want to present the player with intense situations, then I don’t even want to watch what you do.  That’s not the desiner’s business,” he said.