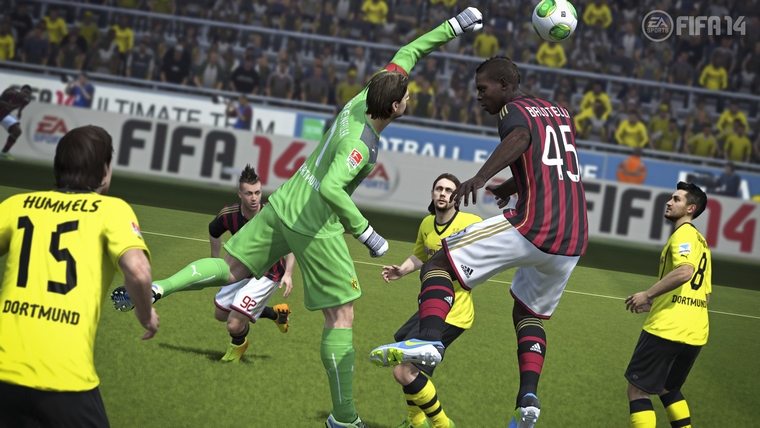 EA have now made the FIFA 14 demo available for PC and Xbox 360. The PS3 version of the demo has not yet been released. Long-term fans may recall that the PS3 demo arrived considerably later than its PC and Xbox 360 counterparts in previous years. EA Sports confirmed recently on Twitter that all 3 versions would arrive on the same day, but said today that UK resident’s will have to wait until somewhere between 1am and 3am tomorrow to download it from PSN. Here’s a link to how that relates to your timezone.

The demo gives gamers their first chance to get hands-on with the popular seasonal sports game that will hit stores later in the month. It contains 8 teams; Borussia Dortmund, AC Milan, Manchester City, Tottenham Hotspur, Barcelona, Paris Saint Germain, New York Red Bulls and Boca Juniors. You can play single matches against friends on the same console or the AI for 3 minutes per half, and also gives you a quick look at Ultimate Team.

It’s worth noting that the gameplay of the demo does not reflect that of the full version of the game as it’s not the full build. Player ratings can still change and certain aspects of the game are constantly being toned down or improved before the final release. The club rosters are also not final as they were locked before transfer deadline day according to EA Sports.

Stay tuned to Attack of the Fanboy for more on FIFA 14 including tips and a review later this month.

FIFA 14 will be released 24th September in NA and 27th September in European markets for PC, Xbox 360 and PS3. It will also be a launch title for both Xbox One and PS4 later this year.