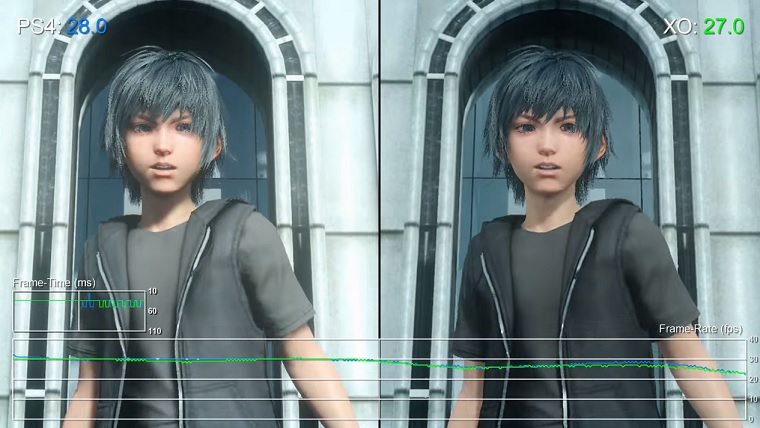 Final Fantasy 15 recently got a new demo that stars protagonist Noctis as a child, which serves as a precursor to the events of the full game coming later this year. However, the demo’s technical performance was recently analyzed on both PlayStation 4 and Xbox One that may hint at how the full game will perform on each console.

The analysis was performed by Digital Foundry, where it was revealed that there are some issues on both versions of the demo currently. The frame-rate dips below 30 on both consoles, with it sometimes getting as low as 15fps.

This analysis obviously doesn’t reflect what the full game will run like on PlayStation 4 and Xbox One version later this year, but it will be interesting to see if any of the issues found here do end up carrying over in some way.

Final Fantasy 15 will launch for PlayStation 4 and Xbox One on September 30th. Check out Digital Foundry’s analysis video below.