Final Fantasy XV Is Getting an Afrojack-Themed Sword

The latest news in the world of video games at Attack of the Fanboy
April 24th, 2017 by Jose Belmonte 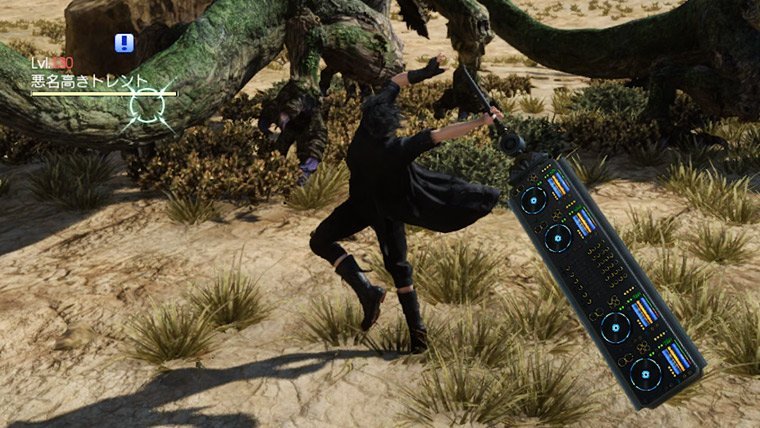 Final Fantasy XV is getting one of the most unique weapons ever used in the series in the next update at the end of the month. It’s called the “Afrosword”, in reference to the famed DJ and music producer Afrojack, and consists on a DJ deck with the handle of a sword, which makes some of the most musical attacks you have ever seen. The artist himself made the announcement in a video that also showcases the look of the weapon, and that you can watch below.

The Afrosword will be given for free to any player to completes the upcoming Timed Quest, and apart from being a powerful piece of equipment, it will change the soundtrack that is playing at that time for an Afrojack-produced song the moment we equip the weapon.

Afrojack is no stranger to Final Fantasy XV, as his personal friendship with the lead designer of the game has made possible that some of his songs appeared as part of the initial selection of tracks that can be played while driving the Regalia.

This special equipment will be part of the new content available in the next update, set for April 27th. Apart from the Afrosword, players will be able to enjoy a new Timed Quest and a new graphic mode that offers a more stable experience for those playing on a PlayStation 4 Pro. Another important feature will be the ability to enlarge the subtitles and texts in menus, something that has been bothering some fans since the game’s release last year.

The Timed Quests, which will grant players with the Afrosword, will now feature a global online ranking which will compare our performance in the challenge with other fans around the world. Additionally the update will also include more stickers for the Regalia and expand the selection of songs for the music player.