The latest news in the world of video games at Attack of the Fanboy
April 21st, 2017 by Jose Belmonte 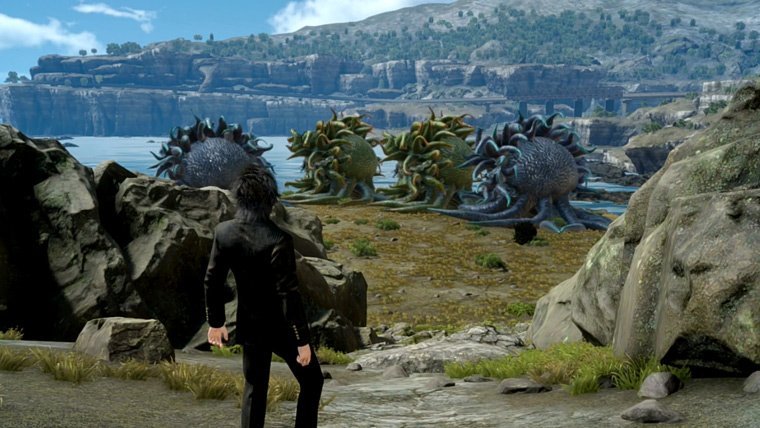 Square Enix keeps extending the life of the most recent mainline Final Fantasy, this time through a new patch expected to launch on April 27th that will improve certain aspects like the readability of the text of subtitles and menus, the graphic performance on PlayStation 4 Pro consoles, and new options for the returning Timed Quests.

Players who use glasses to play videogames and have spent a good amount of hours with Final Fantasy XV will have noticed that the small size of the text font in the game actually makes it hard to read the subtitles and the text on the menus unless you are at a short distance from the TV. However, this will stop being an issue when the game gets a new update at the end of the month, which will allow players to change the size of the text font on the screen. Now it will be easier to follow the story and read item descriptions without having to sit as close as possible to our TV.

Another important feature of this update is the addition of a new optional graphic mode available on PlayStation 4 Pro, which will allow to play the game at a more stable framerate, although lower than 60 FPS. By the description, this “Stable Mode” seems to fix the issues generated by the previous patch, which forcefully unlocked the framerate on PS4 Pro and made some frame drops much more noticeable.

Timed Quests, the special events that allow players to take on new bosses for a limited time, make a return with this patch, and this time they come with a new online ranking system based on the fans’ performance on the battles, and the possibility to get more special weapons as a reward. All in all, this is one of the most interesting reasons to come back to the game every now and then for players who have completed the main story and most of the post-game content.

Finally, the patch will also add new stickers to use on the Regalia and new songs to play on the music player.

Final Fantasy XV will keep fans busy through this year. The first additional chapter featuring Gladiolus is already out, and there will be more coming focusing on Ardyn and other side characters. Plus, iOS users can already play a mobile spin off developed by the creators of Game of War.

The new patch of Final Fantasy XV is expected to be available on April 27th.