The latest news in the world of video games at Attack of the Fanboy
November 29th, 2017 by Jose Belmonte 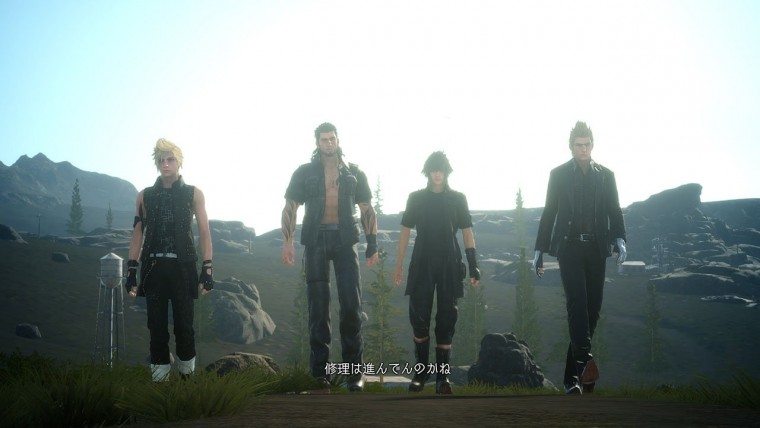 Final Fantasy XV will be remembered for breaking many of the conventions for what was expected from a main entry in the series. Some changes were well received, and other were not, but one particular aspect received many complains, which was that players were stuck with controlling only Noctis through the main adventure. That is, until next month, as Square Enix has announced at a special anniversary event that the December free update will grant players the possibility to shift the control to Prompto, Gladiolus, and Ignis at any time.

The potential for this feature is so great it might change many people’s perspective on the game. When FFXV was released exactly one year ago, the developers argued that allowing players to control the other characters at any moment would have exponentially increase the complexity of the development. However, in the 12 months after the release, the team has had enough time to design completely unique gameplay styles for each of Noctis’ companions, showcased by their respective DLCs. Gladiolus fights with a melee style, while Episode Prompto adopted the gameplay of a shooter, and the upcoming Episode Ignis will feature a faster fighting style.

The team also revealed more details on the upcoming Episode Ignis DLC, announcing an alternative route to the story that unlocks after the first playthrough, and that mainly features a very difficult combat. The story of this additional chapter will last between one and two hours, depending on the time spent on extra tasks, and it will be the “densest” story of all the DLC released.

But the additional tales will not end here, as the team plans to release “at least” other three additional DLC ‘Episodes’ throghout 2018, with one of them focusing on Ardyn’s backstory. Tabata also acknowledged the popularity of Lunafreya.

Finally, a new update to the Comrades Multiplayer Expansion will fix some technical issues that prevent character progress, shortens load times and generation of AI comrades, and will add Timed Quests.

Final Fantasy XV is available now for PS4 and Xbox One. A Windows Edition is expected in 2018.